“Empire” Reigns But Ratings Still Down From Season 3 Premiere 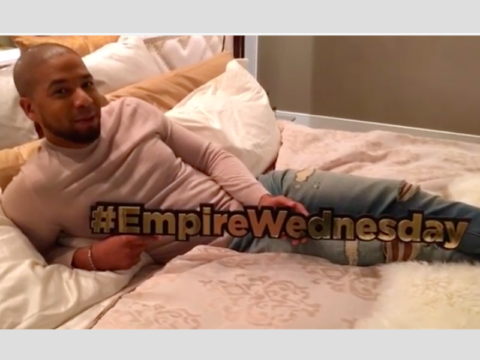 Fox’s “Empire” still continues to topple its competition but its standard high-ratings have taken a dip from last week’s season three premiere.

According to reports, the Taraji P. Henson and Terrence Howard-starring series brought in just under 10 million viewers in its second episode.

“Empire” retained its crown as broadcast’s top offering Wednesday night, but saw its numbers erode. The Fox drama drew a 3.6 rating in viewers 18-49, according to Nielsen live-plus-same day numbers, down 14% from last week’s season premiere. In total viewers, “Empire” was down 12% with 9.6 million. (Variety)

“I think on this side we’re more mature,” Jones said referring to her “Empire” team. “It’s just 50 though. It’s just him. He’s a weirdo. I think he needs a hug – dude needs a hug because he keeps it going on and on and on. I love the fact that Taraji handles it the way that she does. And I love the fact that she kept reminding him that he’s a black man because if you read her stuff, she’s pretty much saying why can’t we win together? Why does it always have to be a competition between us when these are two different shows. These are two different shows talking about two different things. Why is it that you’re always trying to compare your shows with ours. I think it’s an insecurity issue. I just say he’s a weirdo and if he needs help, I know a good therapist.” (TMZ Live)

Both Henson and “Empire” co-star Vivica A. Fox went at 50 last week over him bashing their show’s season three premiere ratings.

The post “Empire” Reigns But Ratings Still Down From Season 3 Premiere appeared first on SOHH.com.

“Empire” Reigns But Ratings Still Down From Season 3 Premiere : SOHH