Jerry Heller Lawyer Says N.W.A. War Isn’t Over Yet: “They Made Him A Contemporary Slaveholder” [Video] 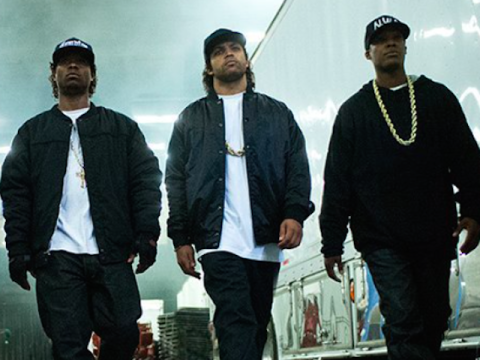 According to Shapiro, he strongly believes the tell-all flick actually contributed to Heller’s recent death.

“I think some of the things that were said about him in that movie literally broke his heart. There are more than one, what we call causes of action, that means claims, one claim of course is for defamation where you just lie about someone and defame them. That case is going to be somewhat altered because future damages can’t be demonstrated because he’s not there but we can still prove the defamation. We’re going to do that – the other parts of the case aren’t affected by his death at all. His lawsuit against Tomica for violating a confidentiality agreement, that’s a fact.” (TMZ)

TMZ broke the story … Heller slammed into a minivan in Thousand Oaks, CA after suffering a “medical emergency.” TMZ was initially told he was taken to the hospital for injuries, but when you look at the damage to the vehicles, the impact clearly was not that severe. Now we know EMTs administered CPR on scene, and Heller was unconscious. From everything we now know it appears Heller suffered a heart attack, lost consciousness and the car continued on its path until it hit the minivan. (TMZ)

“Whoa, watch your mouth,” Cube said to a radio host when told Jerry Heller made him and N.W.A. famous. “I didn’t have no emotions. I’m just glad I’m with my brothers today. I’m glad I’m with DJ Yella. I’m glad I’m with MC Ren today and it’s only right. So, you know, I ain’t gonna pop no champagne, but I ain’t gonna shed no tears either. It is what it is, you know. We come here to pass and he’s outta here, so you know. Like I said, I’m not losing no sleep over that one.” (Hot 107.5)

The post Jerry Heller Lawyer Says N.W.A. War Isn’t Over Yet: “They Made Him A Contemporary Slaveholder” [Video] appeared first on SOHH.com.

Jerry Heller Lawyer Says N.W.A. War Isn’t Over Yet: “They Made Him A Contemporary Slaveholder” [Video] : SOHH