Kanye West’s Camp Addresses Those Season 4 Heels, Adidas Distances Itself From Them 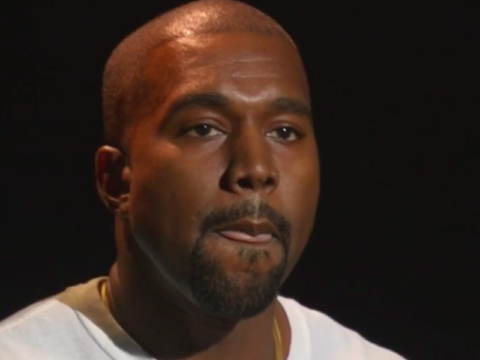 The powers that be have spoken. Adidas and a Kanye West representative have addressed the now-infamous heels models struggled with at this week’s Season 4 fashion show.

Representatives from both Adidas and Yeezy cleared the air on the heels’ production.

In a statement to WWD, Adidas disassociated itself from these styles. “These particular boots are actually not a part of the Adidas collaboration,” an Adidas spokesperson said, just three months after the German firm made a splash by announcing it had linked with West to create a special entity for the production of footwear, apparel and accessories, called Adidas + Kanye West. West’s spokesperson clarified that Adidas has never produced Yeezy heeled shoe designs. (WWD)

Kanye’s camp also said they had plans to redesign the heels.

They said these seemingly self-produced styles are in a state of reassessment — and their quality will be heavily addressed in the pre-production process. “As is the case with many fashion shows, the designs presented on the runway are often times still in the sample, prototype stage. “We take quality control very seriously and will ensure that these models undergo further, rigorous trials before reaching the consumer,” said West’s spokesperson. (WWD)

Earlier this week, Ye publicly spoke out on Season 4.

Throughout the showcase, footage and pictures surfaced of models struggling.

The post Kanye West’s Camp Addresses Those Season 4 Heels, Adidas Distances Itself From Them appeared first on SOHH.com.

Kanye West’s Camp Addresses Those Season 4 Heels, Adidas Distances Itself From Them : SOHH