KOTA The Friend Explains Why Freedom Is EVERYTHING 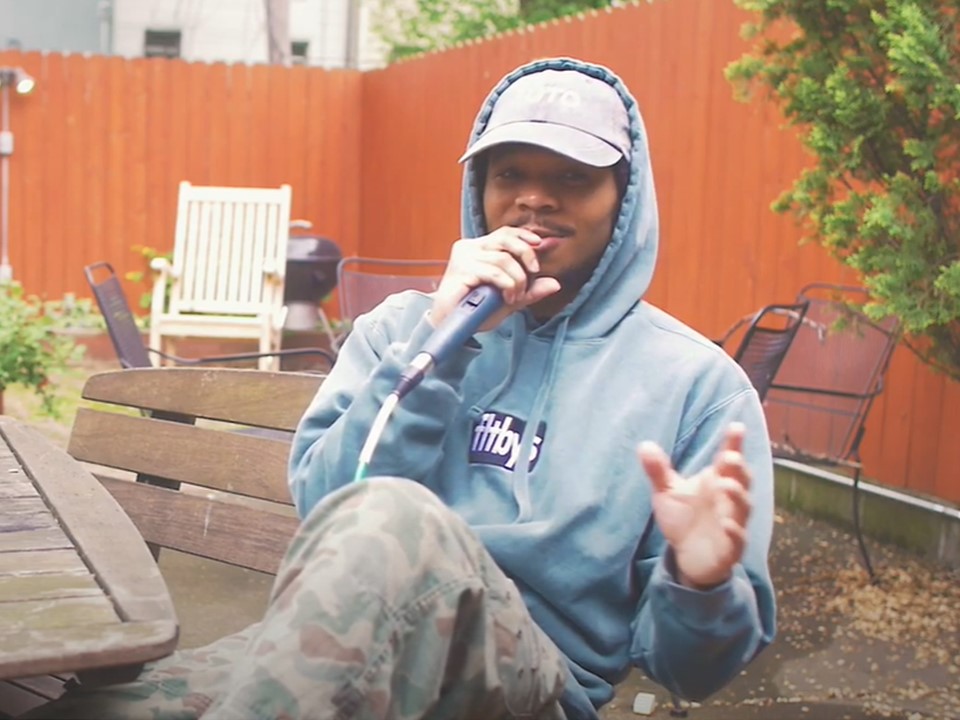 On May 22nd, underdogs everywhere, regardless of class, gender or occupation, got a defiant W.

Brooklyn’s own KOTA the Friend was fresh off the release of his sophomore album “EVERYTHING”, which sat firmly at #1 on Apple Music. His fan base, a mixture of hip hop purists, DIY creatives and pretty much everyone else in between, all treated the victory as if it were their own. In a way, it was. KOTA, to the rest of us, represented someone who stood for something, bet on himself, and won. And the best part about it, at no point was a label involved. He has managed to achieve success 100% independently, and now he’s helping others to do it too.

To understand KOTA’s mentality in the rap game, you first need some context on his story. There was a time not too long ago, when he was confined to a dead-end job, with no one throwing out a life raft but himself. “I had no money, I had nothing at all, no way to make money,” he says. “I was washing dishes at a restaurant two blocks away from my house, getting paid seven dollars an hour”.

The dish washing gig led to a purchase of a camera which KOTA used to shoot music videos and content for music acts all over the city. It may sound crazy now, but KOTA at that point was looked at as a cameraman first and foremost. His abilities and ambitions as a musician were still untapped then. Though he’d been classically trained at trumpet and rapping for years, it took the birth of his son to pull him harder towards his calling.

When KOTA did decide to put down the camera and pick up the mic, he didn’t look back. In a full circle moment though, his time honing his videography skills became his secret weapon, as he birthed a self produced series known as Lyrics to Go. “I always say this, when you don’t have money, and you don’t have resources, your creativity is tested, because you have to make it happen,” he says. His series put him in front of a growing audience in a way that rappers are not often seen. There was no carefully curated image or marketing plan concocted by a team of middle-aged dudes in suits. It was just an artist, hungry, pumping out content and bars live and direct to the people. His fans caught on and connected, and his following grew organically.

Along the road as an independent artist, he’s been tested time and time again, but stuck to his values, and kept the label’s hands out of his pockets throughout the journey. “This independent artist shit is not easy, but it’s always worth it,” He says. “And I say it’s worth it because, you get to be free, you get to do the things you want to do, you get to make the music you want to make and put it out when you want to make it.” His latest album is a testament of that. “EVERYTHING” is different from his previous album “FOTO” in a number of ways. While still being open and vulnerable lyrically, the album is less heavy in terms of subject matter. It’s a feel good album, in which 80% of its bars are overtly positive. But it also brought another shift towards deeper independence for him as an artist. For FOTO he utilized United Masters for distribution, a service he no longer needs. He now distributes his music through his own company, FLTBYS (FLIGHT BOYS).

“This independent artist shit is not easy, but it’s always worth it”

With four successful projects under his belt, KOTA is now championing for the come ups of other indie talents. FLTBYS will be creating a subsidiary to provide Indie artists with resources, marketing and funding that will not have to be paid back. Under this business model, artists will be able to keep 100% of their independence. “We will be providing real resources to indie artists without owning their music,” He says, “we won’t be giving out advances. We will be giving artists non recoupable funds to make albums. We will be using strategies that I used to get to where I am today. This is where we going.”

For those who questioned how KOTA’s name sat atop Apple Music’s releases the day EVERYTHING dropped, it’s pretty simple. KOTA has never wavered in the quality of his art and never took advice from those who weren’t there when he was scrubbing dishes. He creates from the heart and brings his fans along every step of the way. Underdogs across the world identify with that and identify themselves in that narrative. “It’s a struggle, it’s a lot and I told you all the shit you gotta go through as an indie just to make it,” He says. “But once you make it, nobody can fuck with you.”