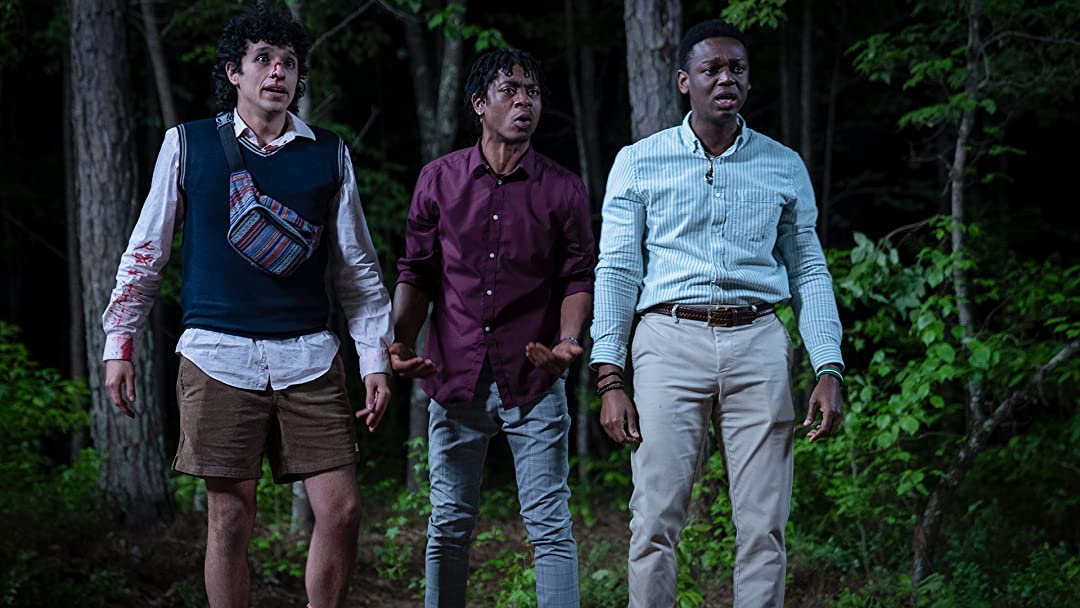 Emergency is a tense, socially provocative film, which shines light on the stress black men feel when faced with a decision to contact the police.  Kunle (Donald Elise Watkins) and Sean (RJ Cyler) are black college students, planning an epic night out called the ‘Legendary Tour’.

Unfortunately, when Sean and Kunle find a white woman named Maddie (Sabrina Carpenter) passed out in their home, their party plans are derailed.  Joined by their friend Carlos (Sebastian Chacon), the trio are forced to decide whether they should call the police, or if that decision will only lead to negative judgment.

Directed by Carey Williams, Emergency is a feature length film based on a 2018 short film with the same name.  While the movie itself is superb, the soundtrack really shines.  Here’s a complete list of each song found on the Emergency soundtrack.

Scapegoat’s Meaning in Relation to Emergency

Surely, it’s no accident that Emergency Music Supervisor Joe Rudge settled on Kota the Friend’s Scapegoat (From Lyrics to Go Vol. 3) as the film’s credit song, following a breathtaking 105 minutes of action.  The arc of the Emergency closely aligns with the Brooklyn lyricist’s storytelling.  Scapegoat is a track all about how in life, sometimes unfair blame is assigned, but how much stronger one becomes on the other end.

In particular, the line, “Rock bottom where you find gems hidden in revelation”, feels like it could come directly from the mouth of Kunle at the conclusion of Emergency. After unjustly having a gun held to his head, and  being harassed by police for trying to save a girl’s life, Kunle shows he had his revelation.

In a powerful moment, Kunle slams the door on Maddie’s sister, when she attempts to justify her stereotyping.  He has triumphed, reaching a place of freedom, regardless of what society has tried to pin on him, and black men in general.  Overcoming these obstacles has put him in the position to better himself, and the culture.  In Kota’s words, “I waded through those muddy waters, and pulled myself out that quicksand/to get the shit I got, my people need something too.”

Scapegoat is an anthem for those who have been falsely blamed, kicked when they’re down, yet come out the other side better for the abuse they have suffered.  Overall, Emergency is a visual representation of this same concept.

Be sure to check out Emergency, Amazon Prime original.