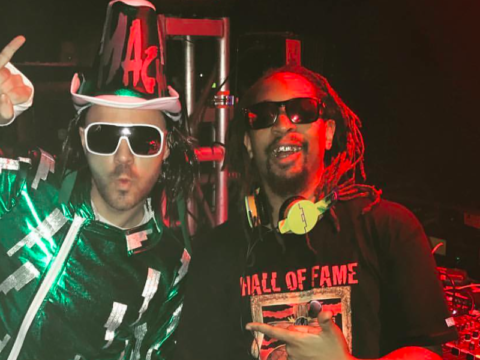 Thirsty Thursday. It’s a day to quench thirst SOHH why not get things going with Lil Jon getting Lil Wayne‘d? Speaking of hip-hop stars, how about French Montana showing Vin Diesel a little high-powered love? On a more somber note, could LeBron James motivational words to the Cleveland Indians fuel another World Series run? All this coming up in SOHH Whatcha Think.

In 2016, there is obviously no reason anyone should be confused with Lil Jon and Lil Wayne. But of course, it still happens. Akademiks TV is on it:

Is this too silly to be real? Do you think they staged this for ratings? Do people really not see the difference between both? #SOHHWhatchaThink?

In every sport, you’re going to have one championship team and the rest of the league looking up. No matter the stakes, things are always going to be tough for the team that didn’t win it. Turns out LeBron James had some words to take the sting out of seeing his hometown Indians lose in the World Series. Uninterrupted has the clip:

.@KingJames sends message to his hometown @Indians after Cleveland falls in Game 7 of the #WorldSeries. pic.twitter.com/DQynvyK9Nj

Do you believe his words? Can the Indians make a comeback? Is Ohio still running things when you look at the college and professional teams? #SOHHWhatchaThink?