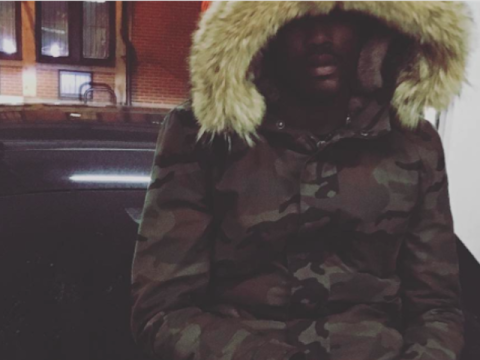 Maybach Music Group’s Meek Mill has finally let loose on his current issues with one-time pals Game and Beanie Sigel. The Philadelphia native has cleared the air on both situations.

In a new interview, Meek talked about Game not running up on him last summer while in his hometown.

“I was in LA all that time, you could have just brung it to me, pulled up. Even if you thought you were going to handle me, you could have tried to handle me, you could have done it that way. Not go on a stage and say ‘F*ck you,’ and then a diss record tomorrow. That was premeditated. It was points where we used to be on the phone, two, three years ago, sh*t with his son, take him to basketball practice. My son was one at the time – real talking to a person – this was before I had a girl. … I woke up to that and first time I watched it, I didn’t even think he said my name. I thought he’s probably talking about somebody else because the last time I seen him was at the club. … I’m not even trying to keep leading these kids on that wave.” (“Tax Season”)

Meek also said he did not know where things stood with Sigel since getting publicly blasted by him on multiple diss songs.

“I don’t feel nothing. I just thought that was, I don’t know what that was. Yeah, I looked up to Beanie Sigel my whole life as a young n*gga. Let me tell you this, Omelly and Beans was in the studio and FaceTime’d me.” (“Tax Season”)

A day prior, Ross shocked hip-hop fans by claiming he ended the Game/Meek feud.

“It’s a perfect time to let you know I had a conversation with my brother Game on the West Coast and we put that sh*t behind us. Real n*ggas worldwide – real n*ggas do real things. So on my side, Trilla. On your side, that’s how real n*ggas do it. So go on iTunes right now, pick up that Game 1992, that Meek Mill, motherf*cking DC4. Buy them both.”