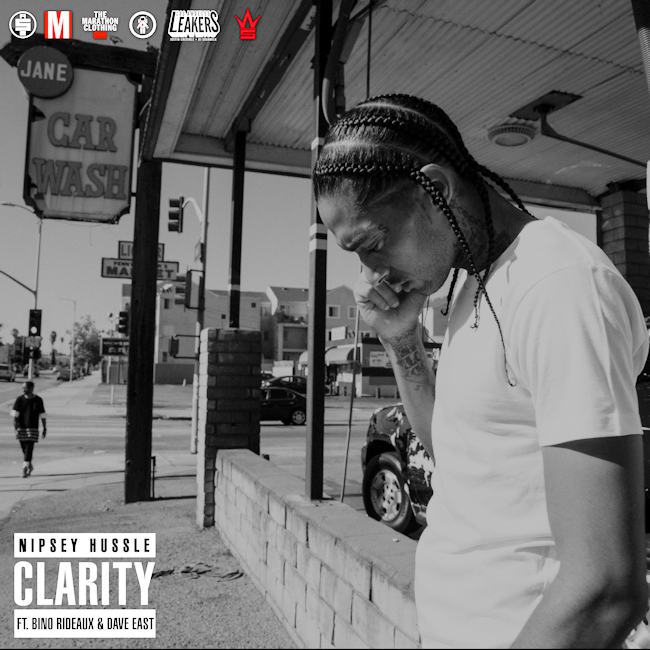 Via Best of Both Offices

It seems like once every seven days, the big speakers in the studio get to bark like theyÔÇÖre meant to. Marathon Mondays continue to get more potent with every passing week as Nipsey Hussle flips in HarlemÔÇÖs Dave East and CaliÔÇÖs Bino Rideaux to do his best PartyNextDoor impersonation on the hook for ÔÇ£ClarityÔÇØ. No shade but the intention is clear and without seeing his name credited, this could easily be one of PNDÔÇÖs nicest rap collaborations yet.

Nip smashes his verse with his signature rasp and vivid bars and BinoÔÇÖs aforementioned hook commends a fist dap, even if we know the very clear inspiration. As usual, East puts more stamps on his passport as he tries to keep up after Nipsey passed him the torch.

ÔÇ£Foreign visas, smoking in Japan – IÔÇÖm from the cement One of the homeys start telling, I ainÔÇÖt want to believe it Backwoods still burning out, Maseratti murkin This that shit that they ainÔÇÖt heard about, certified in person Real n****as serve a purpose, write my life out in these verses Clarity in this Roley, my bitch into Fendi pursesÔÇØ

Someone needs to get Neighborhood on the phone and tell him to put the damn album out. After dozens of delays, a seemingly endless supply of scorching throwaway tracks and still no sign of a product for sale, the Slauson boy is in jeopardy of becoming an afterthought as the rest of the West spreads across the globe.

Til the day that album drops, weÔÇÖll still hold our breath every Monday and hope for some more fishscale in our inbox.