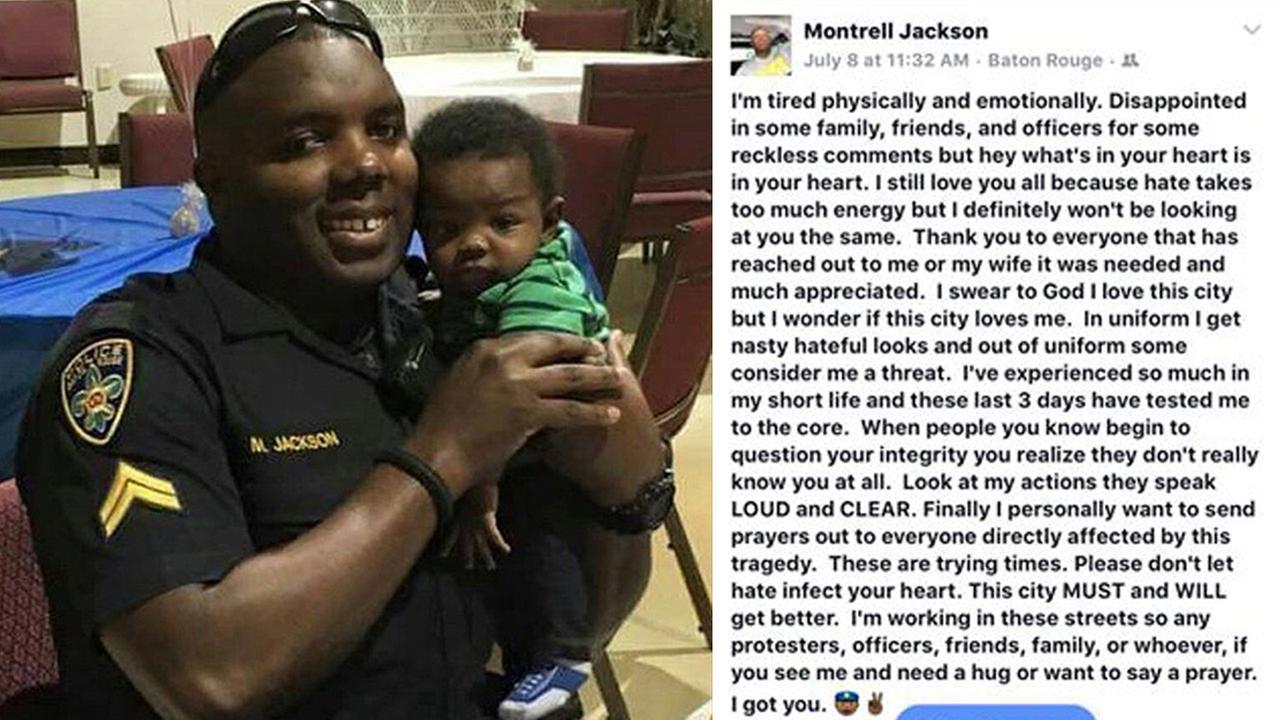 Three other BRPD officers were wounded in the ambush by a shooter in black fatigues now identified as Gavin Long of Kansas City, Missouri. Another officer, Brad Garafola, has also been identified.

In the days after the killing of Alton B. Sterling, as well as the police deaths in Dallas, Officer Jackson used his Facebook page to speak out about his own experiences patrolling Baton Rouge.

In one of Jackson’s last Facebook posts, he stated, ÔÇ£I swear to God I love this city, but I wonder if this city loves me. In uniform, I get nasty hateful looks, and out of uniform some consider me a threat. IÔÇÖve experienced so much in my short life and these last 3 days have tested me to the core.ÔÇØ

Officer Montrell Jackson Identified As One Of The Police Killed In Baton Rouge Shooting : The Source