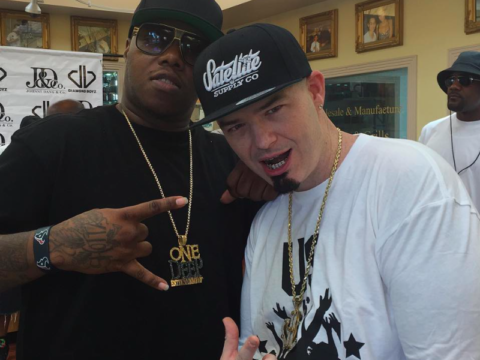 Houston rapper Paul Wall has offered up some words of advice to hip-hop newcomer Trill Sammy. Today (September 30), the H-Town veteran reacted to Sammy getting his chain snatched from him.

A screenshot has surfaced of Wall telling Sammy to not sweat over the recorded incident.

The chain-snatching also lit up Twitter with fans feeling sympathy for Sammy.

why they do trill sammy wack ass like that? lmfaooo deeeeaaaam

According to reports, the incident went down during a North Carolina college performance.

Trill Sammy was caught lacking during a club performance at Greensboro, NC last night when someone snatched his chain. The Houston rapper was at Club Ultra performing for North Carolina A&T State University homecoming when a man in the audience snatched his chain while he bent down. Sammy attempted to grab the man before he fled, but to no avail. (Kollege Kidd)