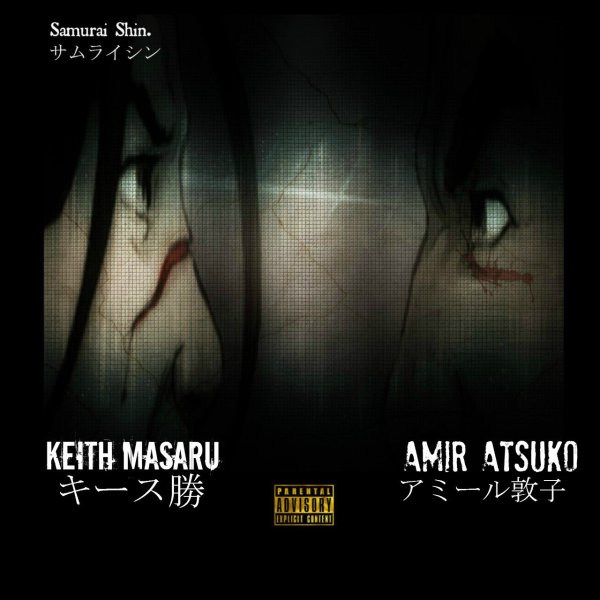 Finally, a project well worth reviewing.  Why do we say this, maybe because its something completely different from what we usually tackle when it come to our reviews.  This is a first that we came across a Hip Hop soundtrack actually based on the comic book series “Samurai Shin“.  The 30+ page 1st issue Manga/Comic Of Samurai Shin is set to release for Sept 23 2016.  This soundtrack includes 9 tracks with a collection of various artists killing the indie Hip Hop scene, showcasing some of the freshest new Hip Hop that you can year for 2016. All related to this concept, theme and story to the comic book.

The Samurai Shin OST soundtrack starts off with “Leaves” Prod by P. Soul, a sick beat that allow you to get soaked right into this soundtrack.  Moving through this project with track 2 titled “Stay On Point” delivered by Chill$quad, another true head BANGER!, completely filled with the underground Hip Hop vibe.  The one track that stood out to me the most was Jaymin Warren’s “Boy With A Sword” Prod by Spencer Jones & Nightengale Production.  Man!!  This track right here really blew me away!  Fits right into the whole concept of the comic series.

Overall we have to say this is a MUST COP TODAY type of project.  It’s up as an exclusive FREE DOWNLOAD.  Don’t forget to stay in tune the Manga/Comic Of Samurai Shin coming out Sept 23 2016.  I’ll be scoping it out for sure!  Respect goes out the creators Mikel Miles & Ivan Aguilar for putting together a much-needed project for Hip Hop and for the kids all around the world!