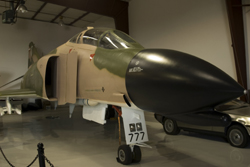 Desiigner is a free man. The G.O.O.D. Music rapper was released on Saturday morning (Sept. 10) while the gun charges against him were also dropped, being that there was no gun in the SUV he was traveling in when he was arrested.

There were a gang of pills in the whip, though.

TMZ broke the story … cops allegedly found a large quantity of pills on the console of the SUV in which the rapper was a passenger.  Authorities got specific during the hearing … 57 green pills, 78 white pills and 139 round white pills.  There were also a few duffle bags, allegedly containing controlled substances.

Cops have not yet finalized testing on the pills … but Desiigner’s attorney said they’re all anabolic steroids prescribed to the driver.  Our law enforcement sources say it was Oxycontin, methadone and steroids.

As we reported, the D.A. dropped the gun charges because cops didn’t find a weapon, despite the other driver who claims designer pointed a pistol at him.

Does this mean the person who said there was a gun when there was no gun is going to get charge for lying to the cops? Just saying.