Spotify’s Racking Up For Streaming Wars, On Verge Of Snatching Soundcloud 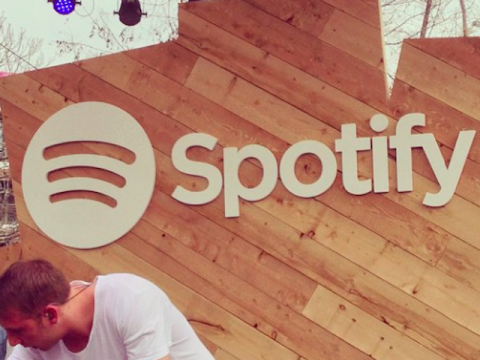 Streaming giant Spotify is getting ready to serve a major blow to its competition. Reports claim the audio monster is eyeing Soundcloud.

According to reports, Spotify is near acquiring the streaming service.

The two sides are in advanced negotiations, according to the Financial Times. Sweden’s Spotify remains the market leader but faces increasing competition from Apple Music and Amazon’s recently launched music service. German-based SoundCloud built its business by allowing artists to upload their music and share it with fans on social media and blogs. In March, the company launched a pay-for streaming service similar to the offering from Spotify or Apple Music. (BBC)

But on a recent afternoon at the company’s New York office in Chelsea, Carter, 43, declares that “exclusives are bad for artists, bad for consumers and bad for the whole industry.” Since most users will never subscribe to more than one streaming service, he believes that limiting access to music only incentivizes fans to seek it out on pirate sites or YouTube, where it generates less revenue. “I was brought onboard to strengthen the bridge between Spotify and the music community,” he says. (Billboard)

A recent Bloomberg report claimed Spotify had buried artists’ music based on their exclusive streaming deals.

Spotify has been retaliating against musicians who introduce new material exclusively on rival Apple Music by making their songs harder to find, according to people familiar with the strategy. Artists who have given Apple exclusive access to new music have been told they won’t be able to get their tracks on featured playlists once the songs become available on Spotify, said the people, who declined to be identified discussing the steps. Those artists have also found their songs buried in the search rankings of Spotify, the world’s largest music-streaming service, the people said. Spotify said it doesn’t alter search rankings. (Bloomberg)

A Spotify spokesperson has since reached out to SOHH.com and called the search results story “unequivocally false.”

The post Spotify’s Racking Up For Streaming Wars, On Verge Of Snatching Soundcloud appeared first on SOHH.com.

Spotify’s Racking Up For Streaming Wars, On Verge Of Snatching Soundcloud : SOHH