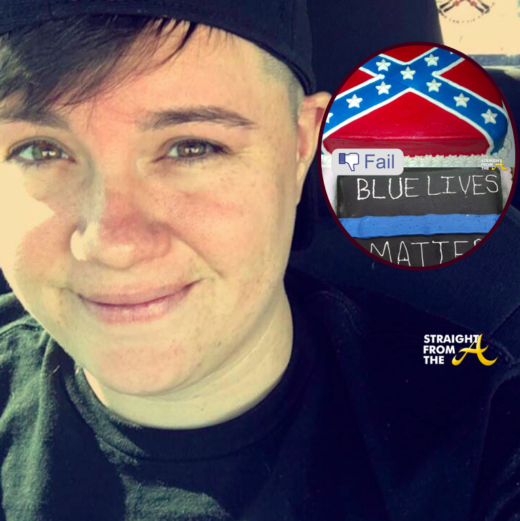 There’s a story circulating about a few Walmart workers who are reportedly in deep doo-doo after taking a stand against what they felt was a racist cake request.

The Walmart location in McDonough, Georgia (about 30 miles southeast of Atlanta), is now under fire after it’s employees ALLEGEDLY refused to make a Blue Lives Matter cake last Friday for an officer’s retirement party… but after digging deeper, it wasn’t a ‘Blue Lives Matter’ request, in fact it’s been suggested that it was actually a request for a confederate flag cake that was an issue!

There are reports that cake was subsequently made by another store, but now family and friends of the retired officer has hit Facebook campaigning for a Walmart boycott.

The REAL Story Behind Walmart Workers Refusing To Make ‘Blue Lives Matter’ Cake… : Straight from the A