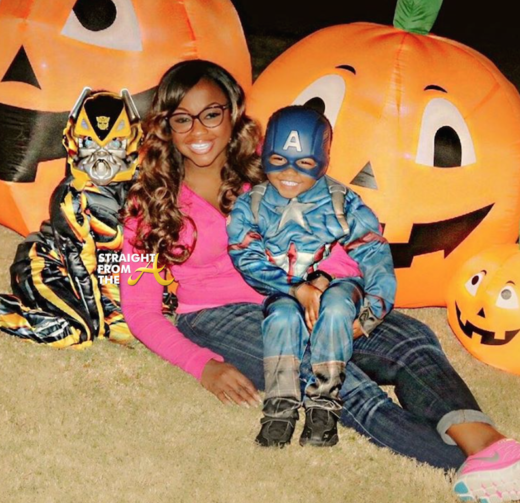 Phaedra Parks of The Real Housewives of Atlanta shared a joyful Halloween in a pumpkin patch with her two adorable sons, Ayden, 6 and Dylan 3.

The popular ‘housewife’ recently spoke with ABC news about what fans can expect from her storyline for season 9 and apparently being a ‘single mother’ is at the top of the list.

Parks addresses how she is handling life without her husband, Apollo Nida, who is currently serving an eight-year prison stint. The two wed in 2009, having two sons together before he was sent back to jail for bank fraud and identity theft.

Last season, Phaedra toyed with the idea of divorcing Nida and apparently this season, she’s claiming that fans will see “my divorce become final” when the series returns.  Apollo also recently hit the ‘gram to offer  his perspective on how a woman should treat a man.

#RHOA Phaedra Parks Dishes On Season 9 As A ‘Single Mom’ + Apollo Nida Says He Has A ‘New Queen’… : Straight from the A