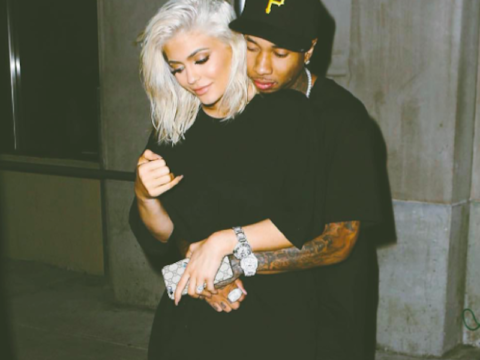 G.O.O.D. Music‘s newest signee Tyga does not have to thank Kylie Jenner for landing him on her brother-in-law’s label. New reports claim family relations did not secure Tyga a deal with Kanye West.

According to new reports, Yeezus went with the former Young Money rapper for his talent.

Sources close to the rappers tell TMZ they’ve worked together on music for years, and signing Tyga was strictly a business decision. Although Kanye is clearly all-in with the family on all its ventures … we’re told the Kardashians did NOT cross the line into his music world. As one source put it, Kanye doesn’t take on ANY artist or project he doesn’t believe in personally. (TMZ)