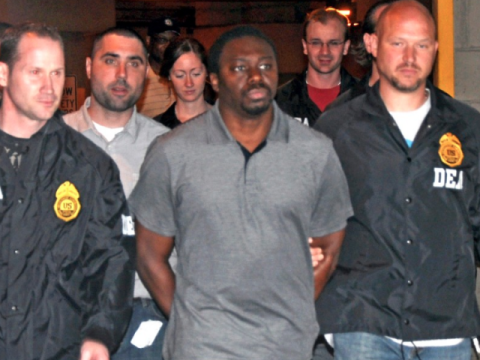 Incarcerated music mogul James “Jimmy Henchman” Rosemond is getting a second chance at life. The former manager of rap star Game has reportedly been granted a retrial in G-Unit affiliate murder case.

This week the 2nd U.S. Circuit Court of Appeals in Manhattan claimed a judge made errors in 2014 which impacted the trial’s fairness.

James (Jimmy Henchman) Rosemond, 51, was sentenced to life in prison for the 2009 murder of G-Unit associate Lowell (Lodi Mac) Fletcher — but the Second Circuit Court of Appeals found he’d been deprived of his right to a fair trial. Rosemond’s lawyer, the decision says, had been improperly barred from putting on a full defense because of the trial judge’s ruling involving the testimony of the main witness against Rosemond, Brian McCleod. McCleod, who was involved in the hit on Fletcher, testified that Rosemond never actually used the words “kill” or “murder” when he ordered the attack on him in the Bronx. (NY Daily News)

The case dates back to the 2009 slaying of G-Unit affiliate Lodi Mac.

Rosemond was convicted in December 2014 on charges he ordered a crew to kill an associate of the rap group known as G-Unit. Prosecutors said the killing was payback for an assault on Rosemond’s son. Rosemond’s lawyer argued witnesses against him were unreliable. (Billboard)

In December 2014, Rosemond received a guilty verdict in the 2009 murder.

On December 11th, 2014, James “Jimmy Henchman’ Rosemond’s murder-for-hire trial ended with a guilty verdict. After one day of deliberation, the jury found Rosemond guilty on all charges, including hiring the shooter who murdered Lowell “Lodi Mack” Fletcher on September 27, 2009. Fletcher was a gang member and G-Unit associate, who assaulted Jimmy Henchman’s son. (Don Diva Magazine)

Back in March 2014, Jimmy caught a huge break in the murder case.

A judge in the federal trial of a hip-hop manager accused of ordering the murder of one of 50 Cent’s associates declared a mistrial on Friday, the United States attorney’s office in Manhattan said. (New York Times)