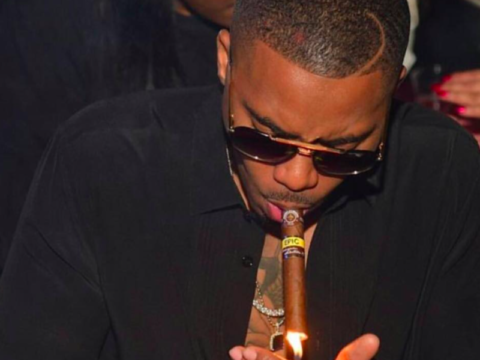 According to reports, the duo have joined an already star-studded cast which includes award-winning actress/singer Jennifer Hudson.

Kelvin Harrison, Jr. (“The Birth of a Nation”) and Jennifer Hudson are starring in the independent drama “Monster,” which is starting production this week in New York City. Bron Studios has joined forces with Tonik Productions and Get Lifted Film Co. to co-produce and finance. The cast includes Jennifer Ehle, A$AP Rocky, Nas, Tim Blake Nelson, John David Washington and Jeffrey Wright. (Variety)

The independent movie is an adaption of author Walter Dean Myers’ book.

The pic centers Steve Harmon (Harrison), a 17-year-old honor student and aspiring filmmaker who prosecutors deem a “monster” after being charged with felony murder for a crime he says he did not commit. As Steve’s world comes crashing down around him, we witness his journey from a smart, likable young man from Harlem attending an elite high school through a complex legal battle that could leave him spending the rest of his life in prison. (Deadline)

“I think we need to get people more in tune with vignettes, video clips,” the musician said in an interview. “That’s really going to be my strong suit.” MTV has signed A$AP Rocky to a two-year deal under which he will devise original concepts, experiment with programming and various pieces of MTV intellectual property, and develop content for advertisers. He and his company, AWGE, will form a venture called MTV Labs, billed as a “creative incubator” unit. (Variety)

A few weeks ago, Rocky lit up social media after getting spotted working on his third solo album with rock legend Lenny Kravitz.