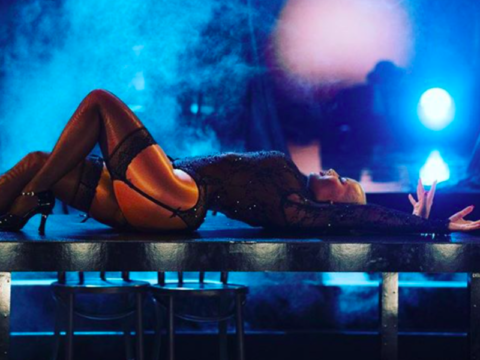 Vixen Amber Rose has sent a friendly reminder on who she’s not voting for when election day arrives next month.

Here is my statement. pic.twitter.com/WAZiGoQqMQ

Along with Rose, high-profile Republican politicians have reacted to Trump’s controversial comments.

House Speaker Paul Ryan said he was “sickened by what I heard today,” while Senator Majority Leader Mitch McConnell said Trump must apologize for his “repugnant” comments. And Republican National Committee Chairman Reince Priebus said “No woman should ever be described in these terms or talked about in this manner. Ever.” (Politico)

Donald Trump should step aside and allow our party to replace him..I cannot in good conscience vote for Trump. https://t.co/ExrJgblx7e #VA10