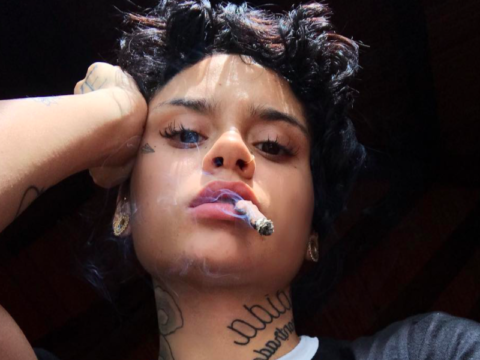 R&B singer Kehlani has opened up about her hospitalization and failed suicide attempt earlier this year. This week, the West Coast crooner delved into her personal life and overcoming her inner challenges.

In a new interview, Lani brought fans into her state of mind and revealed what sparked her suicidal thoughts.

“I’m strong enough to — thank God — be able to talk about it in a positive way and push forward in an inspirational way and not dragging it on or in a victimizing type situation. I wasn’t a victim. I’m never a victim. I refuse to be a victim. I’m not. … I think it was a combination of things. One, the response [to my publicized breakup] was insane. Two, I think people forgot that I was a 21-year-old going through the biggest heartbreak of my life. On top of it being a very public, scary, very scary thing with that, it was – I’m hurting, y’all. I’m going through heartbreak. This is a young woman who’s dealing with a guy. On top of all that, it was that. It was really recovering from all of these things at once.” (“The Cruz Show”)

The Bay Area singer also revealed she still has daily struggles despite overcoming her past suicide urge.

“It was tough. It’s still tough. It’s an everyday, day by day – it’s not too much that can hurt me now. I used to be very easily hurt, and now I’m like, ‘Please unleash it all on me, I bet I am going to be unfazed as h*ll after you stop talking.’” (“The Cruz Show”)

Well Kyrie fans bombarded Kehlani in the comments section of her Instagram account, posting absurd messages like “L” (code for her taking a loss with Kyrie winning the title), “big head” which is another code for reaching out to one’s ex, and those who preferred the less subtle route and just wrote Kyrie. (Larry Brown Sports)