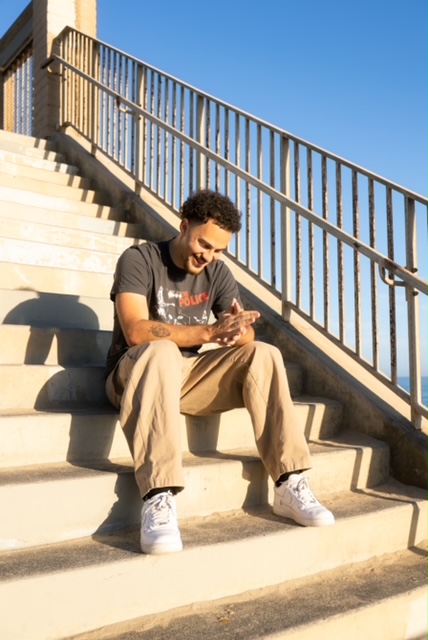 Westside LA emcee Ajna has released his highly anticipated second album, Lifelines.  A project sparked by grief, but shimmering with hope, Lifelines is introspective and moving. 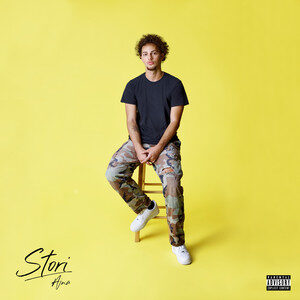 In 2020, Ajna released his debut project, an 8-track album called Stori.  Featuring predictably top-notch production, strong writing, and trademark spirited cadence, Stori is a great front to back listen.  Ajna brings big time replay value to his tracks with intelligent take on hooks – rather than resort to full fledged singing, he utilizes basic melody, catchy couplets, and vocal layering to distinguish chorus from verses, a style somewhat akin to J.Cole.

Lifelines shares many of the same technical staples as Stori, but shows true progression in its cohesion and narrative style storytelling.  Ajna once again shows a keen ear for soulful, sample driven beats, and pairs them with truly dynamic lyricism.

Above all, Lifelines shows the power of art to deal with challenging situations and grieving.  After losing a loved one, this album was years in the making. Processing loss through music is the type of approach that separates great artists from good one. Lifelines strikes a listener as just that, a project from a man who has processed his grief, and comes out on the other side with hope, self-belief and strength.

Track two, Dangerous Bets shows displays this approach.  Over a heavy soul sample, Ajna explores the idea that despite obstacles, the bets that he’s placing on himself and his career are beginning to pay off.  “I don’t really got a lot, but I got passion/Never quit on myself and what I imagined/I work hard so I never end up as a have-been.”

Lyrics like these are plain but palpable.  Despite all that’s happened, despite the struggles of trying to break through in the rap industry, Ajna still has the drive, and talent to make that happen for himself.

Ajna applies this same lyrical concept to tracks like Fall So Fast explores themes of falling deeply in love with someone who is not committed to making the relationship work. Over trademark sample flips, and high-energy drums, Ajna’s emotion-packed bars are potent. His lyrics are honest, digging deep into the specific details of a failed relationship.  The track comes full circle with a passionate hook, where the rich vocals of Q blend with Angelina’s serene singing.  “Baby you, you pick me up and let me down/so tell me why, you let me fall so fast.”

Ajna’s approach to the beat is particularly impressive, as he pays a great deal of attention to pacing.  He utilizes natural space in the beat, to allow flows to come across as natural and unforced.  This adds both weight and significance to every word, ensuring the powerful messages of loss are easy to grasp.  He is sure to use all of the space offered by the instrumental and maneuvers it with confidence and poise.

Aside from Angelina, Lifelines hosts only one other feature, with King Khali on Last Step.  This makes sense, as Lifeline’s concept is closely tied with Ajna’s life and personal growth.

Play With My Heart and Protect Me are other high points along the way, with Ajna’s clear cadence, and thoughtful writing driving home important lessons on false love, and loyalty.

Lifelines culminates with the stunning title track.   As all great artists do, Ajna has processed his loss, and his anguish with precision. He creates a song that is powerful, moving and universally relatable. Lifelines is a play on words on multiple levels. Ajna is putting his life on the line by sharing his complex feelings through writing. But also, this project is what kept him from hitting rock bottom during his mourning period. A true means of escape from the dark clutches of grief. “You lost that person that always gave you they shoulder./She was your world, and you always went and showed her.”

Years in the making, Lifelines is a mature project, ripe with lessons and personal growth.  As Ajna’s name continues to grow in the hip-hop scene, look for Lifelines to become one of those cult classic records that hip-hop heads point to as the beginning of something special.