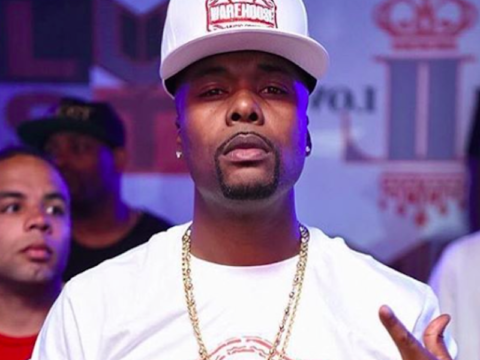 Former Roc-A-Fella Records rapper Memphis Bleek may want to reach out to longtime mentor Jay Z for a major loan after reportedly recently filing for bankruptcy.

According to reports, Bleek filed away his money woes a few months ago.

Jay-ZÔÇÖs prot├®g├® Memphis Bleek is drowning in debt and has filed for Chapter 13 bankruptcy after revealing he has just $100 in cash, BOSSIP has learned. The rapper, whose real name is Malik Cox, filed the petition on March 14th in US Federal Court in New Jersey. Bleek said he has assets in the amount of $274,190, but his liabilities total $384,804.91. (Bossip)

Back in January, Memphis talked about his music biz absence and not wanting to force out an album.

“IÔÇÖm just not passionate about an album. I donÔÇÖt think nobody buy albums. Nobody cares about albums. Music donÔÇÖt last that long no more to really drop an album anymore. An album lasts about a week now. Then the next day they on somebodyÔÇÖs new single on the Internet. Your album is forgotten about. I make records all the time. I got a whole stash of records. ThatÔÇÖs why IÔÇÖm getting back into the groove of dropping records.” (“The Breakfast Club”)

“IÔÇÖm not familiar with none of these streaming sites. IÔÇÖm new to all of ÔÇÿem. TIDAL, to me, is worth it. I pay my $10 subscription as well. It ain’t like I got the free account and, on my app. I have every album I didnÔÇÖt even ask for. I can listen to any album that just was released. I got over 50 new albums if they dropped today, they all on my phone right now.” (Shade 45)

Despite not being big on the music streaming game, Bleek previously said he had to support his longtime mentor’s new service.

“I really donÔÇÖt know too much about the Internet world. IÔÇÖm brand new to it myself. I donÔÇÖt have Pandora and I donÔÇÖt have Spotify, but you know that IÔÇÖve got Tidal because IÔÇÖm riding for my crew. I think, because Jay ZÔÇÖs behind it, the expectations are high. When youÔÇÖre associated with greatness, people expect everything that you do to happen overnight. Sometimes greatness takes time, even when youÔÇÖre Jay Z.” (Complex)

The post Ball ‘Til You Fall? Memphis Bleek Files For Bankruptcy appeared first on For The Best In Hip-Hop News – SOHH.com.