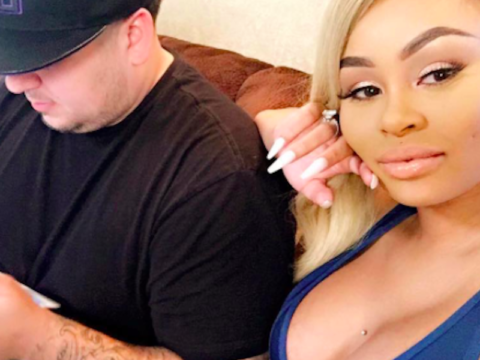 According to reports, Chyna and Kardashian have money bags on deck in exchange for having their first child together’s delivery going on TV.

Production sources tell us Rob and Chyna are scoring several hundred thousand dollars for a baby special, which will include footage of the birth, along with Chyna’s baby shower and other events leading up to delivery. The show will also chronicle the first few days after the baby is born. Here’s what’s unclear … whether the camera will get all up in there. We’re told Chyna is waffling, but still open to letting everyone see everything. (TMZ)

This past Halloween, Chyna’s son King Cairo dressed up as Rob K.

Last week, Rob and King Cairo went to Disneyland together.

Recently, Rob teased fans about his relationship with Blac Chyna over Instagram.