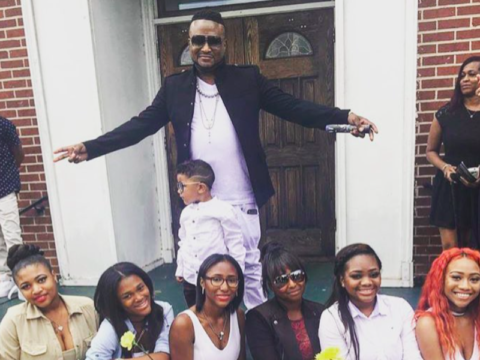 Atlanta rapper Carlos “Shawty Lo” Walker has reportedly been killed in a fatal hit-and-run this morning (September 21). The 40-year-old hip-hop artist lost his life in Georgia.

Details of the shocking death have surfaced and reveal the crime happened just outside of Atlanta.

Investigators believe the incident was a hit and run but they do not have any information on the vehicle that fled the scene. Police say two cars were involved in the crash. One of the cars went over the guardrail and caught fire. A man was ejected from the vehicle and died on the scene. Two women were also in the car with the deceased and were rushed to a nearby hospital. Their condition is unknown at this time. (Hawaii News)

Lo’s manager has since confirmed the tragic loss on social media.

Mgr Johnny Cabell has confirmed that @THATSSHAWTYLO has been killed in a hit and run accident this am. Real O.G. R.I.P. #zone1forlife

My brother has passed he is no longer here but his spirit, his kind heart , and his music will live on Long live Shawty Lo King of Bankhead

Shawty is most known for his days with rap crew D4L.

Walker is a founding member of the hip-hop group “D4L” and in 2003, founded D4L Records. He is perhaps best known for his debut single “Dey Know”. Walker leaves to mourn several children. In a 2013 interview with MTV he talked about his life with 11 children and their 10 mothers. (11 Alive)