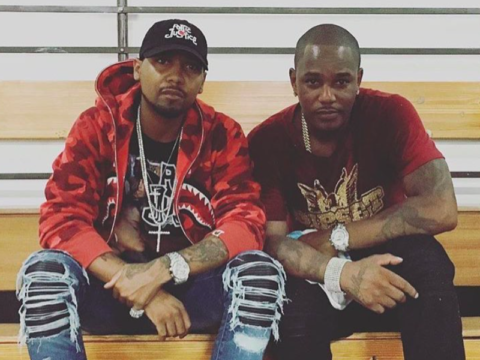 Motivated Monday. It’s a day to feel motivated SOHH why not get things going with Cam’ron‘s hilarious public service announcement? Speaking of rappers, a very big get well soon to the 6 God Drake? Someone who is hurting right now has gotta be Game but is it from all of the Internet trolling? All this coming up in SOHH Whatcha Think.

Are you following Cam’ron on Instagram? He’s really too funny for his own good and added to his collection of jokes with a new public service announcement. Cam’ron’s Instagram page has the skinny:

Who do you think Cam’ron’s directing this toward? Do you feel the same way? Is Killa the greatest or what? #SOHHWhatchaThink?

Is Drake going too hard with the touring? You would think he’s playing like a Toronto Raptor after seeing the work his body has been giving out on stages every night. Turns out he’s a little banged up. Drake’s Instagram is on it:

Should Drake take a few days off? Is there any other artist working as hard as him? Is Drake’s Summer Sixteen Tour a must-see? #SOHHWhatchaThink?

Does Game have anyone to blame other than himself for the backlash he’s been receiving? Turns out the war against Meek Mill has landed him in some hot water and people are coming up with witty responses to him on Instagram. The Shade Room is on it:

Is this worse than the white and gray rats being left on Meek Mill’s pages? Are you trolling Game too? Is he winning or losing this rap battle? #SOHHWhatchaThink?