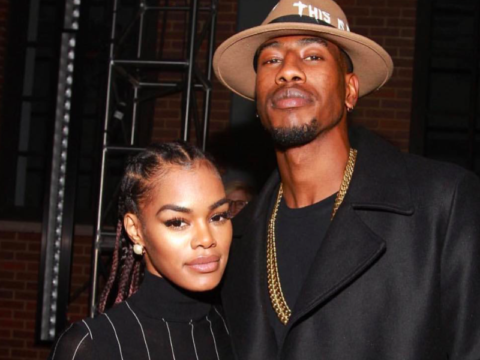 Cleveland Cavaliers star Iman Shumpert is going to promote social injustice once the NBA season starts next month. The champion basketball player has announced what tactic he will demonstrate in place of the widespread trend of athletes kneeling.

Shump went to Instagram yesterday (September 21) and revealed he would donate money rather than kneel during the 82-game season.

Coincidentally, Iman recently hinted at his intent to kneel during the NBA season.

In a new song titled “His Story” that dropped today, Shumpert rapped, “you best believe I’m going to take me a knee for the anthem.” Many athletes, including Megan Rapinoe of the U.S. Women’s National Soccer Team and Brandon Marshall of the Denver Broncos, have followed Kaepernick’s lead by not standing during “The Star-Spangled Banner” in order to protest police treatment of blacks in America. (Complex)

The post Cavaliers Star Says He’ll Do This Instead Of Kneeling During NBA Season appeared first on SOHH.com.

Cavaliers Star Says He’ll Do This Instead Of Kneeling During NBA Season : SOHH