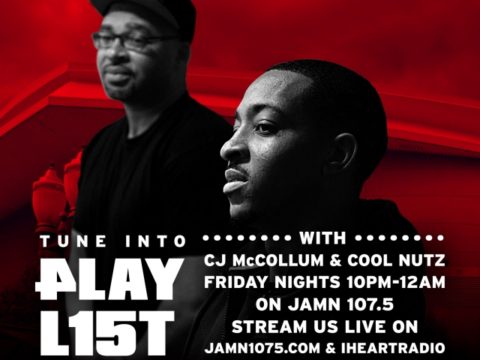 What do Portland, Oregon’s most accomplished rap artist and the NBA’s Most Improved Player share in common? More than you might think actually. Both of them call the NW home, both of them share a love for music, and both of them host a radio show every Friday night called “The Playlist” available on iHeartRadio and Portland’s Jamn 107.5FM.

Having already received praise from ESPN, Complex, and even NBA Inside Stuff for their collaborative show, Cool Nutz and CJ McCollum mix anything from current hip hop, to old school classics, and even some Taylor Swift, by request of CJ of course. While Portland’s other star guard, Damian Lillard aka Dame DOLLA, has decided to step in front of the mic, CJ the DJ took his opportunity when Jamn FM presented the idea to him over a year ago, and it was only right that he was joined by Portland’s most decorated hip hop artist Cool Nutz to co-host.