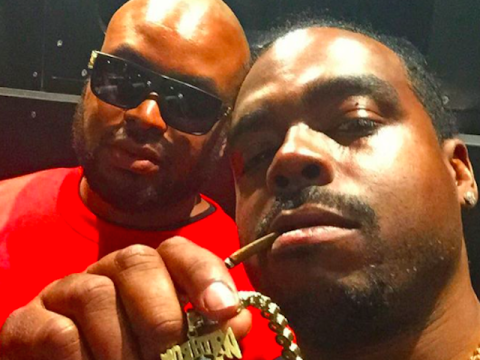 West Coast rap veteran Daz Dillinger has stepped forward to speak out on reports about the highly-anticipated 2Pac biopic All Eyez On Me suffering a setback.

Daz went to Instagram Saturday (July 16) and shut down the widespread delay buzz.

“What’s up, y’all? I just seen that TMZ sh*t. Ain’t nothing derailed about that Tupac, All Eyez On Me, movie. My homeboy L.T. Hutton, Benny Boom, full blast with that motherf*cker. You know what I’m saying? It’s D-a-to-the-z. All Eyez on.”

Details about a potential serious setback surfaced online hours prior to Daz’s response.

Rapper Daz Dillinger claims he holds the rights to the track “Ambitionz Az a Ridah” … prominently featured in the “All Eyez on Me” movie. But Daz claims BMG publishing house begs to differ, insisting only it can green light the song for the flick. Thus, there’s now a standoff. The movie release has been pushed from September to November … we’re told so Daz and BMG can resolve the conflict. (TMZ)