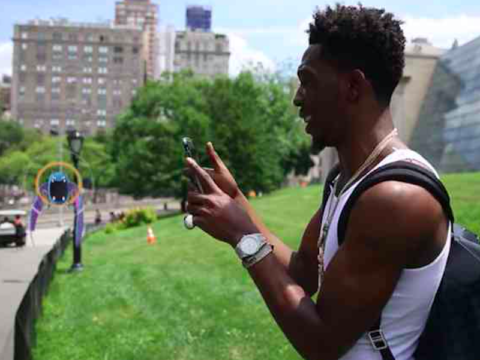 G.O.O.D. Music‘s Desiigner is the latest hip-hop artist to fall victim to the craze going on with overnight must-have mobile game Pokemon Go.

Desiigner teamed up with men’s lifestyle publication GQ to launch his own digital scavenger hunt.

With his iPhone in hand, the animated MC runs through Central Park in his hometown of NYC screaming out his signature ad libs, and almost gets hit by a city bus while throwing out Pok├® Balls. In between hopping fences and running through fields, he gets recognized by fans. (Rap-Up)