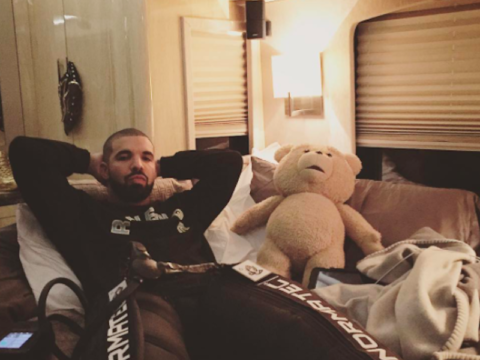 OVO Sound‘s Drake is getting ready to hit a new stratosphere by hooking up with country star Taylor Swift. Recent dating rumors have now transformed into music-making realness.

According to gossip reports, Drizzy and Swift are clocking in time together for new tunes.

An insider tells E! News Drake and Taylor Swift are indeed collaborating on brand new music together, and given that they share 11 Grammy wins, 56 nominations and 7 chart-topping tracks between them, it’s bound to be a smash hit. For those surprised by the seemingly unlikely duo, our source reveals “the music they have been working on is different,” albeit “very catchy.” The insider adds, “They’ve both been having a great time in the studio.” (E! Online)

Sources connected to Drake tell us he introduced Swift to his mom and several of his homies during the Sunday night party in WeHo. TayTay’s not a regular at Drizzy’s legendary parties … which is why he wanted to make sure she met his inner circle, including Mom. After all, she’s arguably the biggest female music star on the planet. (TMZ)

“Drake was cozy with Taylor all night long,” the source told HollywoodLife.com EXCLUSIVELY. “They were all up on each other — no kissing — but touching each and other and cheeking.” UPDATE: A source close to Taylor says that she and Drake are totally just friends! (Hollywood Life)

A few days prior, R&B singer Rihanna‘s fans tried to will a Drake reunion to go down by putting a purple hearts reference in her Instagram comments section.