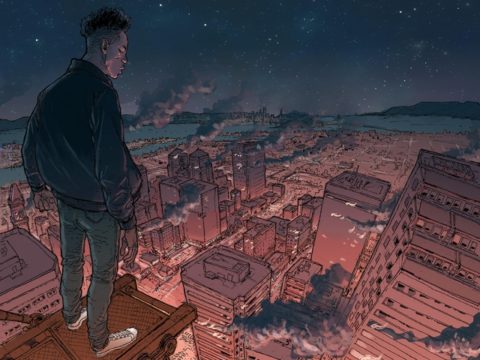 One of Oakland’s most promising emcees Elujay has shared his long-awaited debut album Jentrify. The soul-infused hip-hop project features over 20 collaborators spread across 13 tracks that act as Elujay’s official love letter to his hometown of Oakland, CA. Elujay set his organic sound in motion over the summer with successful singles such as “Onetime!”, “Flagrant” w/ YMTK, and “We Don’t Mind” with fellow rising Bay Area artists Caleborate and Samaria. The rapper’s ability to blend a variety of genres all in one, along with poetic wordplay, make for a debut that’s futuristic in sound while paying homage to some of Oakland’s most classic sounds.

Elujay also proves that his production skills are as relevant as his writing with production credits on over 6 tracks, along with producers Mikos Da Gawd, Kuya Beats, Drew Banga, Wax Roof, Mars Today and more. The rapper also worked with a variety of artists to complete the project, including Berkeley rapper Rexx Life Raj, HBK’s Jay Ant, and rising Wisconsin rapper Trapo.