Fabolous Takes His Love For “Narcos” To A Whole ‘Nother Level 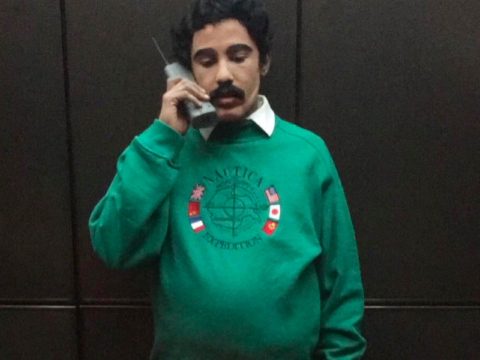 Brooklyn rap veteran Fabolous is serious about his Pablo Escobar. The Def Jam rapper has treated fans to a look at his “Narcos”-inspired Halloween gear.

A few months ago, Fab dished out his obsession with Netflix’s hit “Narcos” show.

Inspired by the Netflix series Narcos, Ross’ film, the name of which stands for “Game Ain’t Based on Sympathy,” was originally intended to be a single movie. “I feel it’s too big to be one film,” he says. “I feel we should film it, break it down and make it a series, if we can.” “Writing a film, you can bring it all to life, whether it’s for yourself or another character in a film,” he says. Ross has not detailed when GABOS will be filmed or released. (Rolling Stone)

The post Fabolous Takes His Love For “Narcos” To A Whole ‘Nother Level appeared first on SOHH.com.

Fabolous Takes His Love For “Narcos” To A Whole ‘Nother Level : SOHH