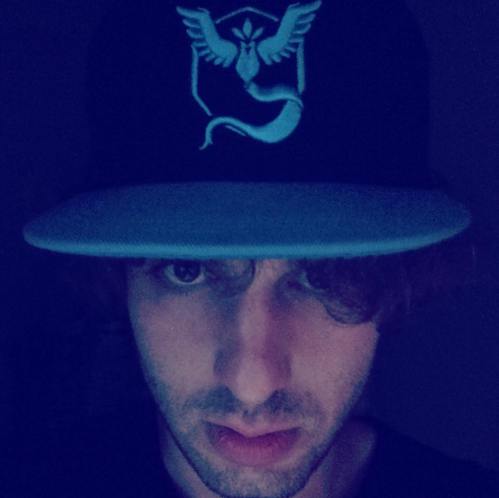 Welcome back Maxx, or shall we call you Maxx Gawd. How has 2016 treated you so far? Do you feel your music and branding has grown since that last Q&A we did with you?

Maxx is cool. Maxx Gawd is my full name. 2016 has been very chaotic. Everything changed. The music and the branding changed as well. Pokemon Go also changed me. We used to say it’s lit, now we just keep it chill cuz #TeamMystic. I’m all about that ice now. I’m the Ice Emperor. But at the same time, I am also the Shadow Emperor, channeling the chaos around me into emotions and aesthetics. So you could say I’m a Dark/Ice type.

We really want to salute you regarding pushing your new mixtape themed and inspired by the new Pokemon Go app. Great move!! Seems like everyone and their moms is on this Pokemon Craze! May we ask how did your idea come about?

I got the game and started playing it and decided I had to do it. Someone was going to do it eventually so I wanted to be the first one and I wanted to do it in a way that no one else would. It was a very natural decision for me. I’ve been about Pokemon since Gen 1 and I’ve always made Pokemon and Anime references in my music as that’s a big part of who I am. I did a majority of the songs in a single weekend, locking myself in my room recording this shit. Then spent the rest of the week applying the finishing touches and securing the features. It was the fastest project I ever dropped (except my hour-long freestyle mixtape but that doesn’t count) and it was a really fun experience.

Please break down the creative process of your latest mixtape “Winter Is Coming”. Does the mixtape title come from the Pokemon world?

Winter Is Coming is a saying we Mystics use a lot. Some people say it comes from Game Of Thrones but I done really fuck with that so it wasn’t an influence for this project. I think it’s our saying because it’s very simple and direct while expressing what Team Mystic is all about. Each song is a different take on a different part of the Pokemon Go reality. You have songs like Winter’s Wrath and Brilliant & Tame which are essentially Poke-flexes, but then you also have songs like Stardust Tears which are more about heartbreak but for the cold emotionless types. I tried to make each song as different as possible. My fav song is Dark Timeline because it balances my two elements and I think that song is the closest expression of who I am on this project, someone trying to create something real out of a delusional and warped sense of reality. Make A Wish is probably the most emotional song. That was essentially my attempt at making my own When You Wish Upon A Star, which is one of my favorite songs ever because the lyrics are the most real thing.

Personally, do you play the game, and if so are you good at?

Of course! I’m level 25 with 120/151 Pokedex completion. I’d say I’m pretty good though there are people I’ve met who are more hardcore than me. I citibike + tracking app while playing this game though which makes it even more fun. One time, me and Evgeni went from Central Park to Bryant Park to the Natural History Museum back to Bryant Park in less than an hour for a Dragonite -> Alakazam -> Dragonite. It was intense. Both Dragonites ran away and the Alakazam was only 37 CP but the journey is often more important the prize so it was totally worth it.

Any plans for a new video for your new mixtape? Maybe you can have Pikachu star in it!

It’s possible but not currently working on anything. Open to ideas and collabs from other people though. I’ve released an acoustic video for Dark Timeline which can be found on youtube for those who want to see some visuals but there isn’t exactly a poke-starring music video yet.

Have you jumped on any tours lately, or maybe are you planning on taking a road trip to promote your new mixtape?

No tours but might do a live show with a twist in NYC soon so stay tuned for details on that!

How does this new mixtape match up against your last project “Nothing Says I Love You Like An Imaginary Relationship”.

I think it’s similar but less introverted and more sophisticated. NSILYLAIR was rooted in my Dark and Chaos energy, therefore it was very scattered and emotional, while this project was more refined and direct due to my newly polished Ice predilection.

Tell us what you are working on now?

I had a mixtape I was working on before Pokemon Go came out that I paused to release Winter Is Coming while the app was still fresh. I have resumed working on that mixtape. It’s called Tinder Temple (the irony I know). It’s similar to Winter Is Coming in that it basically talks about my experiences with the app however the music will be different. It is composed of equal parts super poppy love songs and ratchet trap bangers with those areas being explored in far greater extremes than Winter Is Coming or any of my previous works. We also have an ambitious and shocking music video from that project coming soon so stay tuned! Will be dropping some tracks and sneak peaks on the way.

Lastly, let’s tell our BLOG readers where they can find you on social media!

If you close your eyes and call my name you can find me in the Shadow Dimension.