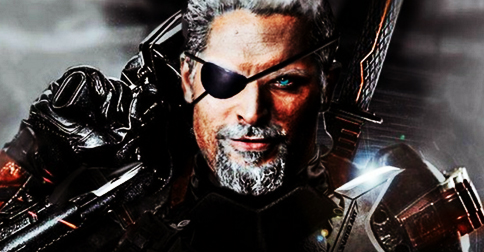 After a few weeks of rumors, hype, and downright hope, it’s been made official: Joe Manganiello is Deathstroke. According to The Wall Street Journal, The True Blood and Magic Mike star is set to star opposite Ben Affleck in Affleck’s first solo Batman movie and fans – and comic book connoisseurs alike – couldn’t be happier about the announcement.

How great is the casting of Joe Manganiello as #Deathstroke?? He is perfect. Can't wait to see… https://t.co/Wty4lsW7Ea

It didn’t take but a half-a-minute clip of the actor in the orange and black armor to throw the internet into a frenzy and now that it’s been confirmed. Anticipation for the next Dark Knight film has begun to skyrocket.

It didn’t take long after the confirmation for the man who’s happily married to the sultry Sofia Vergara (lucky bastard) to take to IG to hype up his role.

No word yet on whether we’ll get a glimpse of Manganiello as the Gotham mercenary in the upcoming Justice League film slated to release in 2017 but one thing we know for certain, Deathstroke is indeed coming. Are you ready?