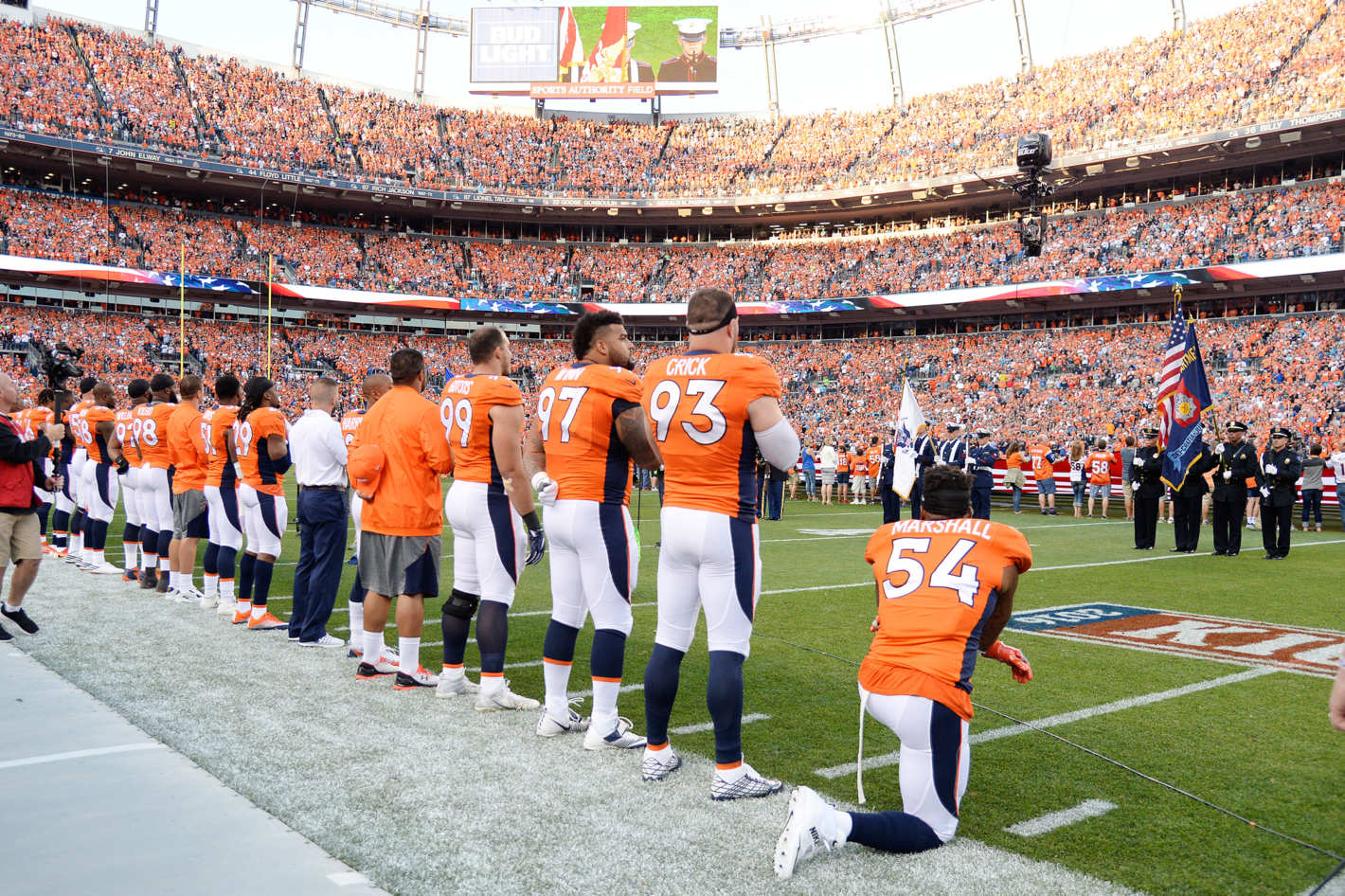 With the NFL season finally underway, the American people are gearing up to celebrate opening weekend. Grills are prepped, jerseys are on, and fantasy rosters are set all across the country in preparation for Sunday morning’s festivities. This year however, the public’s anticipation for 2016’s first football Sunday isn’t solely focused on the game.

San Francisco 49ers quarterback Colin Kaepernick decided this preseason that he had enough of this country’s institutionalized injustice. As a response to the senseless crimes against (and murders of) people of color on U.S. soil by those sworn to serve and protect, Kaepernick declined the invitation to stand during the playing of the U.S. National Anthem. As expected, his decision was met with grief (to say the least) and has been made into this years early season sports spectacle and topic of conversation. Sportscasters, commentators, talk show host, and everyone with an opinion has given their two cents whether in support or disagreement with Kaepernick’s actions, and as expected he was widely villainized.

Since speaking out Kaepernick has held strong in beliefs yet to back down even with playing time on the line, and it is finally beginning to pay off. In yesterday’s [September 8th] season opener Denver Broncos linebacker Brandon Marshall knelt in protest during Andra Day‘s national anthem performance. Following Denver’s victory, Marshall gave a statement on his actions saying,

Since Marshall, the support has begun to pick up. Today, the Seattle Seahawks have made mention of a possible team-wide protest at their home opener against the Miami Dolphins (coincidentally landing on September 11th). A few Seahawks have spoken to the media in regards to the teams intentions this weekend. Wide receiver Doug Baldwin told reporters,

“Even if it wasn’t September 11, the point of the protest is to get people to think. It’s very ironic that 15 years ago on September 11 is one of the most devastating in U.S. history and after that day we were probably the most unified that we’ve ever been. And today you struggle to see unity.”

Whether or not it was Colin Kaepernick’s plan for his fellow athletes to join his cause is neither here nor there; what’s matters is that people are standing up for what they believe in. Athletes are some of the worlds most idolized role models and with them stepping into the realm of social action, standing up for what is right, is very important to the development of an equal society. The example being set by these few noble men, risking their careers to stand up for their personal beliefs, is one that (whether you agree or not) can only be respected. Only time if this new sense responsibility will spread throughout the league or die off. What is certain however is that in 2016, anyone with a platform can make a change.