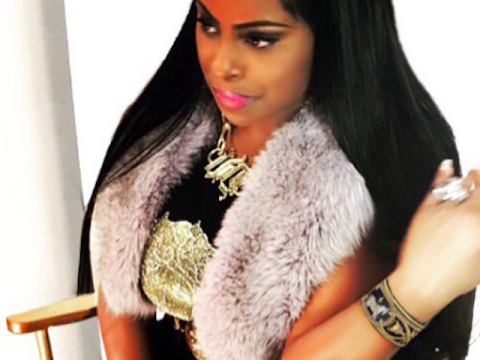 Brooklyn rap veteran Foxy Brown has stepped forward to speak out on not being acknowledged at this week’s VH1 Hip Hop Honors ceremony.

Foxy went to Instagram Wednesday (July 13) to address the non-inclusion of herself and fellow hip-hop diva Lauryn Hill.

Foxy sparked headlines after speaking on Trump’s growing movement in the presidential campaigning.

“No matter how many people sabotage his campaign, it keeps growing and growing and growing,” Brown told The News. “I know so many people wonÔÇÖt agree with me and will try to change my mind, but IÔÇÖm a smart girl. IÔÇÖm excited…I havenÔÇÖt been this excited in so long. I know people say heÔÇÖs a racist, but thatÔÇÖs just crazy.” (New York Daily News)

The post Foxy Brown Speaks On VH1 Hip Hop Honors Absence: “The PEOPLE Have Spoken!” appeared first on For The Best In Hip-Hop News – SOHH.com.