French Montana On DrakeÔÇÖs Disses: ÔÇ£I DonÔÇÖt Think We Did That That Record Thinking About Joe BuddenÔÇØ 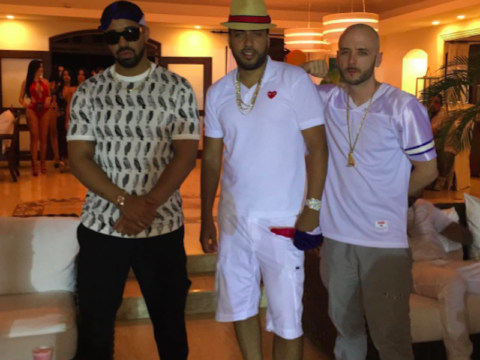 Bad Boy Entertainment’s French Montana has provided some new insight on his “No Shopping” single and why Drake’s hard-hitting verse may have not been intended for his rap rival Joe Budden.

According to Montana, they did not go into “No Shopping” with an intent to spark a feud with Budden.

Initially, Budden responded to Drake’s “No Shopping” lyrics on Twitter.

The new single premiered online hours prior to Joe’s comments.

The post French Montana On Drake’s Disses: “I Don’t Think We Did That That Record Thinking About Joe Budden” appeared first on For The Best In Hip-Hop News – SOHH.com.

French Montana On DrakeÔÇÖs Disses: ÔÇ£I DonÔÇÖt Think We Did That That Record Thinking About Joe BuddenÔÇØ : SOHH