French Montana Says “F*CK THE POLICE” After Cops Run-In: “I Get Pulled Over Too, Black Lives Matter” [Video] 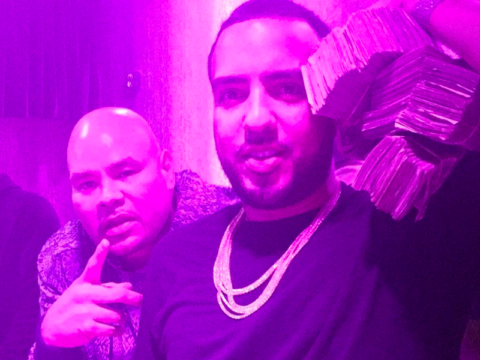 Bad Boy‘s French Montana is not rocking with the cops these days. The hip-hop star has released footage of an uncomfortable run-in he had with law enforcement last night (September 27).

Montana went to Instagram Wednesday (September 28) and tossed up a clip of cops questioning his entourage.

Outside of the run-in, Montana recently talked about the status of jailed rap pal Max B.

A few days prior, Dipset leader Cam’ron reacted to buzz about Max B receiving a reduction in his 75-year jail term.

The post French Montana Says “F*CK THE POLICE” After Cops Run-In: “I Get Pulled Over Too, Black Lives Matter” [Video] appeared first on SOHH.com.

French Montana Says “F*CK THE POLICE” After Cops Run-In: “I Get Pulled Over Too, Black Lives Matter” [Video] : SOHH