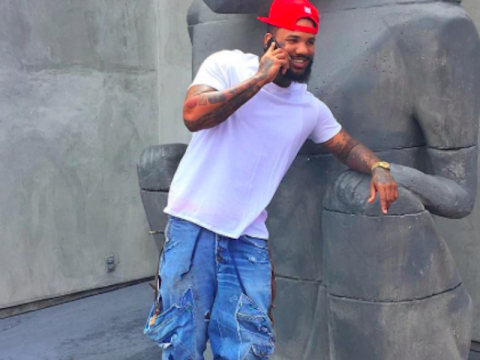 West Coast rapper Game has shared his thoughts on the slaying of unarmed black man Terence Crutcher this week and explained why it may sideline his current Meek Mill feud.

Approached by a paparazzo Tuesday (September 20), the Los Angeles native shared his issues with juggling Black Lives Matter awareness and the Meek feud.

“I find it a little difficult to be actually beefing with another African American artist. On one accord, it’s like, I should be on this Black Lives Matter push, and this cops killing African Americans thing. And then on the other side, I got this beef with Meek going. So it’s kind of like I’m torn. It makes me look bipolar. But to say something about that, I think it’s sad.” (TMZ)

Meek went to Instagram Tuesday (September 20) to unleash his frustrations on Crutcher’s death.