Hits and Misses: The Highs and Lows of Cordae’s “From a Birds Eye View” 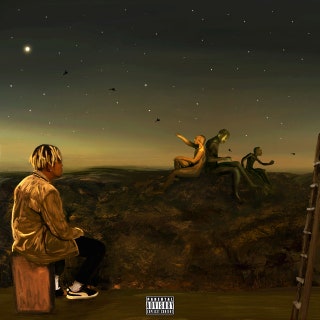 It’s been a long time since the alternative hip-hop world held its collective breath like it did on January 14th, 2022 — a deluge of new music was in the forecast, with new singles from JID, Earthgang and Joey Bada$$, and two pivotal projects: Kota the Friend’s Lyrics to Go Vol. 3 and Cordae’s From a Birds Eye View.

To many, From a Birds Eye View was the sure thing.  Cordae has such cross-generational appeal and was coming off one of the best freshman albums (2019’s The Lost Boy) in recent memory. All signs pointed to this being a sure thing.  And by no means was the project a flop.  It was just a bit disenchanting, like your favorite football team winning a game they were heavily favored in by a field goal.

After listening through twice, it was the deficiencies that became more rapidly apparent. First, From a Birds Eye View is completely lacking the structure of The Lost Boy, which almost felt like a perfectly compiled collection of short stories, that were all linked by a universal theme of the struggle, and those who paved the way to the ascension of fame.  Each song builds on this message, and pass beautiful vignettes back and forth, interlocking the project with warmth and unity.  Several times through From a Birds Eye View, it’s still impossible to tell what the album is about.  Don’t get it twister, there are some really song tracks that definitely hold their own in a vacuum.  The project simply lacks the infrastructure to stand together as one.

Furthermore, the best tracks of From a Birds Eye View were released way too far in advance as singles.  There was no element of mystique, no real hidden gems, and no features that could be defined as breathe taking (such as the Anderson .Paak & Chance the Rapper features from The Lost Boy).  In fact, Eminem’s stale ass contributions to Parables (Remix) took perhaps the best pure hip-hop song on the album and ended it on a sour note. The bigger problem is, The Parables was first released as a single more than a year ago. Gifted with Roddy Ricch & Ant Clemons is even older.  The upbeat and vivacious Super dropped in early October.  These are the tracks on the album with the highest replay value, and because of the timing of their release, Cordae fans have already streamed them to the point of fatigue.

That’s not to say there aren’t decent offerings that are new to the album.  Jean-Michael is a respectable track with trademark Cordae flow and complex rhyme schemes.  There are brilliant ideas within it, but it seems disorganized and unstructured.  C Carter is endearing with its jazzy strings, and its reflective nature of the days when Cordae was plotting on the success he is experiencing now.  The Westlake High soulful instrumental is absolute heat, but frankly, the bars don’t do a whole lot to add to that.

From a Birds Eye View leaves a listener comparing Cordae to his contemporaries, especially those who released music on the same day.  It does not exhibit the exuberance, energy, and technical skill exhibited by the JID x 21 Savage single Surround Sound.  It is lacking the unifying message of Earthgang’s All Eyes on Me. It wants for the earnestness and thoughtful writing of Kota’s Lyrics to Go Vol. 3.  While Cordae’s stock is still high, From a Birds Eye View shows that he can be a rapper who does a lot of things well, but nothing great.