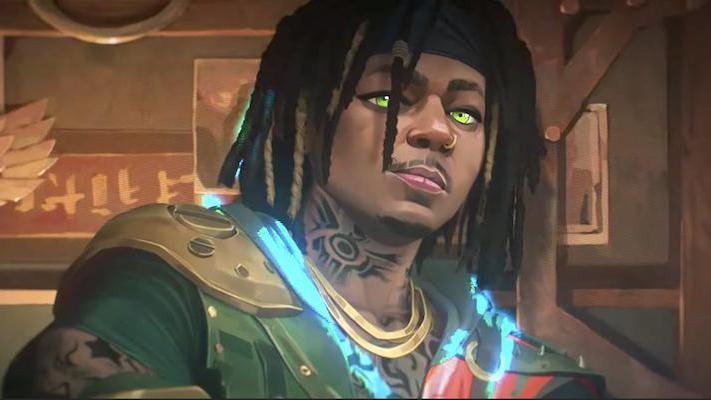 The soundtrack single has quickly gained vast popularity, accumulating over 28 million streams in a matter of three weeks. Imagine Dragons’ immense popularity coupled with the cult following of the Netflix series once again provided a platform for J.I.D to shine, and the Dreamville star did nothing to disappoint. Pairing trademark, breakneck cadence and a flurry of hard-hitting punchlines, J.I.D is once again at top form, with speculation of his album release date swirling.

J.I.D’s merciless wordplay is once again on display, and his knack for performing seemingly impossible verses live, seamlessly, is uncanny.  Shrouded by eerie neon aesthetics, flanked by mysterious dancers, and in the forefront of the full band behind him, the Spillage Village rapper executed a complex verse with ease, poise and precision; (“They wanna plot on my trot to the top/I’ve been outta shape thinkin’ out the box/I’m an astronaut, I blasted off the planet rock/To cause Catastrophe and it matters more because I had it not.”) At this point, every release, every performance is must listen/see out of J.I.D, and he is using this calm before the album storm to promote himself through powerful synch deals.

On top of this most recent foray into the film soundtrack, J.I.D featured prominently on the Madden soundtrack, with his exhilarating, whirlwind track Ambassel, which was a natural good fit as J.I.D was a star defensive back in high school and went to Hampton University in Virginia on a football scholarship.  J.I.D is sowing the seeds for a blockbuster album, pairing Ambassel with Enemy as the build up.

J.I.Ds third studio album The Forever Story is in process, with sources speculating a release date in late 2021, early 2022.