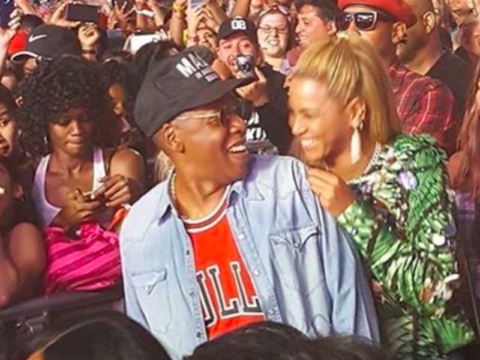 Music mogul Jay Z is dipping his toes into the Hollywood scene. Young Hov has officially partnered up with The Weinstein Co. for an exclusive two-year deal.

According to reports, Mr. Carter and the respected company will work together on potential film and TV opportunities.

Jay has already confirmed the headline-generating deal and revealed what fans can expect from the partnership.

Last week, Jay hooked up with his R&B wife Beyoncé to watch a Dallas Cowboys game at AT&T Stadium in Texas.