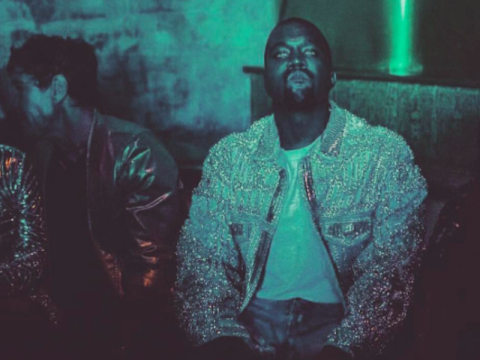 Grammy-winning rapper Kanye West has had a change of heart on his rap feud with Kid Cudi. Yeezus publicly praised Cudder during a live concert this week.

Footage has surfaced of Yeezy speaking highly of his former G.O.O.D. protégé.

“Boy you getting way too high, you need to Cudi.”

A few nights ago, Ye went at Cudi during a performance.

“A smile in my face is what I don’t like,” Kanye raps. “They steal your whole sound, that’s a sound bite. Stop it, stop it, stop it. Kid Cudi, don’t ever mention Ye name. I birthed you! We all dealing with that emo sh*t all the time – don’t ever mention Ye name. Don’t try to say who I can do songs with! You mad because I’m doing songs with Drake! Can’t nobody tell Ye who to do songs with.”