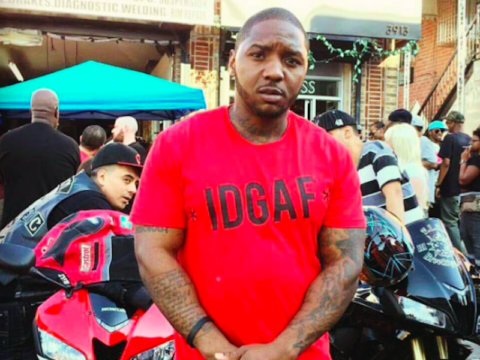 Rap veteran Lil Cease recently talked about his relationship status with fellow hip-hop artist Lil’ Kim and revealed they are still not on speaking terms.

“I think a bunch of other people from New York could’ve gone up there. I knew I wasn’t going to be a part of it, because me and Kim have a situation that we never fixed. It could’ve been Fabolous, it could’ve been his son CJ [Wallace], it could’ve been anybody else. I felt like [Rich Homie Quan] was put in a bad place. It’s messed up on his behalf because he’s getting the wrong end of the stick. Everyone is sensitive now; with social media, you have to be on your tippy toes because you can become a meme. Yo, I sat here and watched my phone go off.” (Complex)

Back in 2011, Kim revealed she could not envision getting back with Cease and Junior M.A.F.I.A.

ÔÇ£At this point I would say never,ÔÇØ Kim declared. ÔÇ£Only God directs my life so I canÔÇÖt say if I would ever speak to him in the future. But at this point, no. I have not seen a single change and then IÔÇÖve seen a bunch of talk and a bunch of contradictions, so no.ÔÇØ (RapFix)

A year prior, Cease dished on his intent to reunite Kim and M.A.F.I.A.

ÔÇ£WeÔÇÖre working on it,ÔÇØ Cease said in an interview. ÔÇ£ThatÔÇÖs something I would definitely want to do. I tried it for a year. Especially for Kim ÔÇö I reached out for years. Everybody else is kinda in sync: I speak to Roc, Nino, D, [Money] L, everybody else is still kinda connected. The only one I wasnÔÇÖt connected [with] was Kim.ÔÇØ (MTV)

Junior M.A.F.I.A. is most known for being put together by the late Notorious B.I.G.

Junior Masters at Finding Intelligent Attitudes, or Junior M.A.F.I.A., were able to grab instant notoriety with two hit singles, ÔÇ£Get MoneyÔÇØ and ÔÇ£PlayerÔÇÖs Anthem,ÔÇØ thanks to their childhood crony and producer, the Notorious B.I.G. (All Music)

The post Lil Cease On Lil’ Kim Relationship: “[We] Have A Situation That We Never Fixed” appeared first on For The Best In Hip-Hop News – SOHH.com.

Lil Cease On LilÔÇÖ Kim Relationship: ÔÇ£[We] Have A Situation That We Never FixedÔÇØ : SOHH