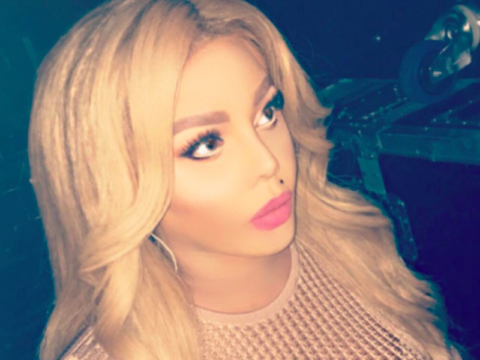 According to the Queen Bee, Quan came through with little prep time for his televised performance.

“It was disappointing and all that, but I actually knew the behind-the-scenes, and how that actually could have happened,” Kim revealed in an interview. “The whole thing was he was coming to f*ck with Lil’ Kim. He was coming to support Lil’ Kim. He did not know at that time that he was going to be performing ÔÇÿGet Money.ÔÇÖ He didnÔÇÖt know that.ÔÇØ (“Sway In The Morning”)

This week, Quan stepped forward to provide context on what went down with his performance.

ÔÇ£Yeah, we rehearsed,” Quan revealed in an interview. “I knew it by heart. But then my wordsÔÇôI told them I didnÔÇÖt know all the words. So, the words were supposed to be on the teleprompter and they werenÔÇÖt there.” (V-103)

Earlier in the week, Lil’ Kim reacted to Quan’s “Get Money” flub apology.

The post Lil’ Kim Gives Rich Homie Quan Major Pass After “Get Money” Drama: “It Was Disappointing – But I Actually Knew The Behind-The-Scenes” appeared first on For The Best In Hip-Hop News – SOHH.com.