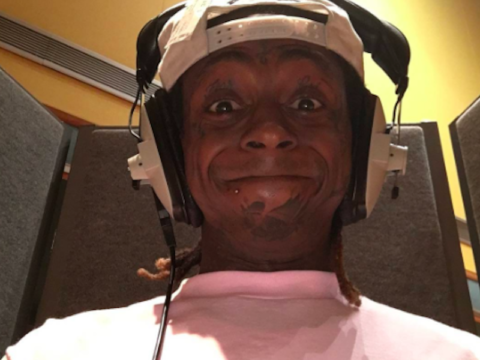 Grammy-winning rapper Lil Wayne has fans feeling a certain way after explaining his stance toward the Black Lives Matter movement. In a new interview, Weezy F. Baby shot some harsh words about not wanting to rally behind it.

In Wayne’s stance, he doesn’t have any direct connection to Black Lives Matter.

Last month, the rap star explained why he did not understand what racism is.

“At the age of 12-years-old, I shot myself,” Wayne said. “I was in the house, police knocked on the door, I was right there. They knocked the door down, everybody jumped over my body to get the guns and drugs and whatever they could find. It took one guy to stop right there and just cuss everybody out that hopped over me like, ‘What the f*ck are y’all doing? – F*ck an ambulance, do you not see this kid right here with a hole in his chest? You. You drive.’ He picked me up, he brought me to the hospital. He didn’t drop me off at the ambulance and say, ‘You take him.’ He brought me to the hospital room and stood there and waited until the doctor said, ‘He’s gonna make it.’ He said, ‘Don’t worry. My name’s Uncle Bob.’ He was white as snow. Them motherf*ckers that hopped over me was blacker than me. Yeah, he was a cop and my life was saved by a white man. I don’t know what racism is. I know a good motherfu**er named Uncle Bob, though.” (AP)

“I was on a sports show recently, and I was asked a question like that about black lives or whatever. When we got off the air, [host] Shannon Sharpe said: ‘I really want to commend you for answering like that, because you didn’t make something up just to make yourself one of us. And to make yourself a victim.’ I’m not that. And honestly, I don’t care. I care what’s going on with me and my kids and my world and my mom and who’s going to pay this next bill. That’s what matters to me.” (New York Times)