Lizzy Ashliegh, Kota the Friend, Link Up on ‘Say Less’ 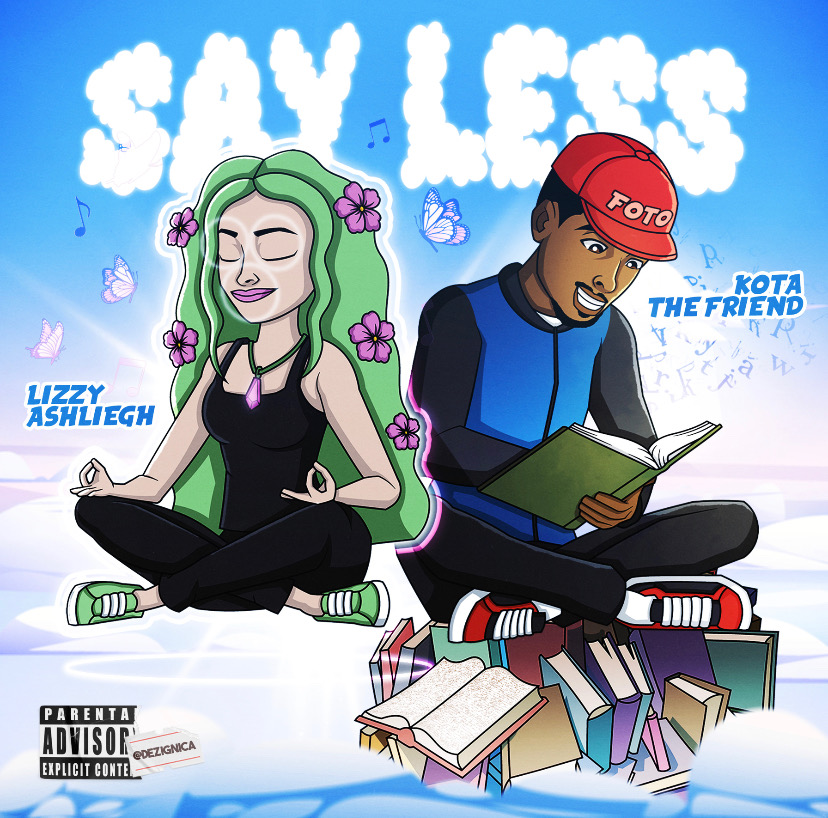 Amid all the hubbub of another vibrant Flight Night weekend in NYC, Lizzy Ashliegh and Kota the Friend quietly released a hot new single titled Say Less.  Led by a bouncy, summer-vibe-ready beat, the Brooklyn duo trade razor-sharp lines demonstrating the exploratory stages of a relationship.

Say Less seamlessly captures Lizzy’s bubbly, energetic persona and Kota’s ridiculous flow.  The track is bright, playful and personifies the on-mic chemistry between two artists who are no stranger to collaboration.  Following an almost call-and-response type dynamic, Kota and Lizzy take turns asking big questions, which the other answers.  The writing is vivid, theatrical and does not shy away from self-deprecation.

Off the jump, Kota asks Lizzy, “What do you got? What do you lack?” to which she responds, “I got a nice face but I got no ass.”  Similarly, Kota playfully disparages himself, responding to the same question with, “I got a big heart, but I got no racks.”  Taking time to poke fun at themselves is an endearing quality that gives the track a unique identity, and palpable authenticity.

While portions of the track are tongue-in-cheek in this manner, Say Less explores topics that are far more heartfelt.  Ashliegh and Kota share their dreams, interests and ambitions in a manner that feels authentic.  Almost as if you were reading a text exchange between the two.  Say Less is a certified summer bop, displaying the unique lyrical talents of two longtime friends and collaborators.

Lizzy rounded off the release with an animated music video, executed flawlessly by JuJu cartoons.  Be sure to catch the video for Say Less here. 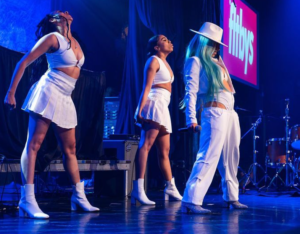 The new single rounds out a weekend which saw Lizzy Ashliegh displaying her talents as a performing artist in front of thousands of fans at Sony Hall. Backed by dancers Astrid Rosario and Fefe Blaze, Ashliegh’s sets both nights were visual masterpieces on top of displaying her talents as a performing artist. Lizzy’s charisma, vocal talents and infectious positivity make her a sure bet to blow up in 2022.