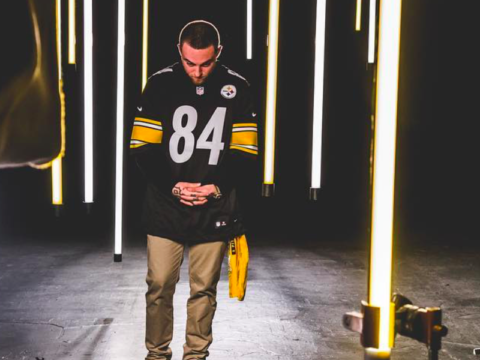 Pittsburgh rapper Mac Miller and Drake faced-off on the sales chart this week. The duo’s respective solo albums both toppled their competition with over 40,000 sold copies.

Despite Drake’s Views winning the battle for No. 1 with 53,000 units, Miller’s new The Divine Feminine followed close behind.

“Just because we are two people who are in love and have a great relationship doesn’t mean that I’m gonna get weird about this incredible music that we also make together. All I’m saying is, ‘Yeah we’re together, cool.’” (“The Breakfast Club”)

Earlier this month, Grande refused to crack when asked about allegedly dating Miller.