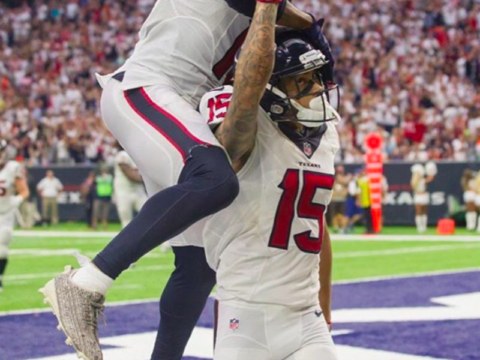 Houston Texans star DeAndre Hopkins wants to rock his Yeezy cleats on the playing field. The NFL superstar has revealed his interest in keeping the banned shoes on if rap star Kanye West covers the league’s fines.

According to reports, Hopkins is down to don the Yeezy kicks every game day with Ye’s financial blessing.

Houston Texans’ DeAndre Hopkins received his fine Thursday, for wearing the Adidas shoes designed by Kanye West when his team faced the Chicago Bears. Hopkins was fined $6,000 and said he doesn’t plan on wearing them again, “unless Kanye plans to pay his fine,” according to Aaron Wilson of the Houston Chronicle. (UPI)

The post NFL Star Will Ignore Yeezy Ban If Kanye West Coughs Up The Big Bucks appeared first on SOHH.com.