Nicki Minaj’s Ex Trolls Her Over “Pink Print” Billion Success: “I Was Always Use To Never Getting Credit” 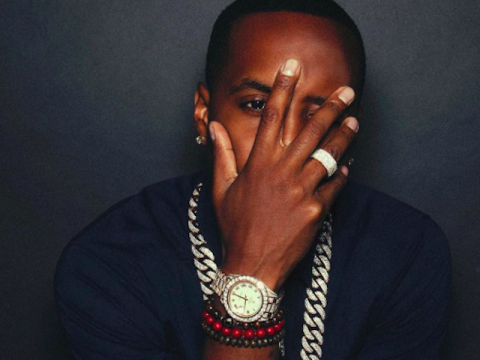 Young Money rapper Nicki Minaj‘s ex-boyfriend Safaree Samuels has the Internet on his side. The “Love & Hip Hop” star has reacted to fans tagging him about the success of Nicki’s The Pink Print album.

Safaree threw some shade at his curvy ex and suggested he is responsible for Nicki’s 2014 album.

Earlier this month, Safaree released a clip of himself listening to Nicki’s music.

Recently, Safaree credited his past feud with Nicki for helping him prepare for any “Love & Hip Hop” reality TV backlash shot his way.

“No, because I don’t see it being any different from the things that I’ve had to deal with in the past two years as far as having to deal with negativity and hate that comes toward me,” Safaree said when asked about being worried about any backlash. “I hear it but I don’t let it affect me. In the beginning, that stuff used to bother me, I’m not gonna lie. It takes awhile to build up your immune system, I would say, for this type of backlash. Every single person has an opinion about you. But at the same time, if they ain’t talking about you, you’re not doing something right, so I must be doing something right. I feel like that set me up for this.” (Billboard)

The post Nicki Minaj’s Ex Trolls Her Over “Pink Print” Billion Success: “I Was Always Use To Never Getting Credit” appeared first on SOHH.com.

Nicki Minaj’s Ex Trolls Her Over “Pink Print” Billion Success: “I Was Always Use To Never Getting Credit” : SOHH